The Volkswagen Ameo is the German auto giant’s entry into the compact sedan segment. The ‘Made for India’ car, as they call it, will offer the most premium package in terms of driving dynamics and interior features, along with offering the added benefits of a luxury badge. The new Ameo is slated to be launched really soon and everyone is eager to know how it will be priced as compared to its rivals and we have new information that could surprise you!

According to an insider source, the Volkswagen Ameo will undercut its biggest competitor, the Honda Amaze, which currently starts at Rs 5.41 lakh (ex-showroom, Delhi). On the other hand, the Ameo will not undercut the largest selling car in this segment, the Maruti Suzuki Swift Dzire that is currently priced starting at Rs 5.23 lakh (ex-showroom, Delhi). From our calculations, the Ameo will be priced at Rs 5.30 lakh which will make it extremely competitive. Of course, these prices will be for the base model petrol variants and will be updated (or increased) in a few months. Although the Ameo will undercut cars like the Amaze on the lower spectrum, the top of the line variants are expected to be more expensive. 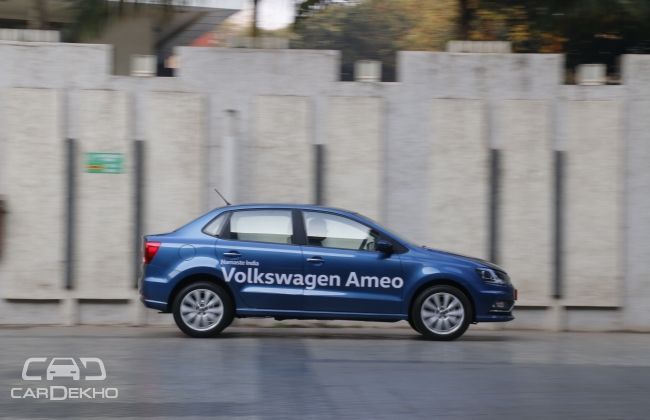 The new Ameo will have an extensive range of engine and gearbox options which means that the car will have a wider spread in terms of pricing as compared to most of the competition. At the time of launch we expect Volkswagen to only announce prices for the petrol variant that comes with a manual gearbox with the diesel engine’d variants following soon after. The petrol engine will be a 1.2-litre 3-cylinder engine with a 5-speed gearbox. Volkswagen will also eventually launch a 1.2-litre 4-cylinder turbocharged petrol engine, badged as the Ameo GT TSI. 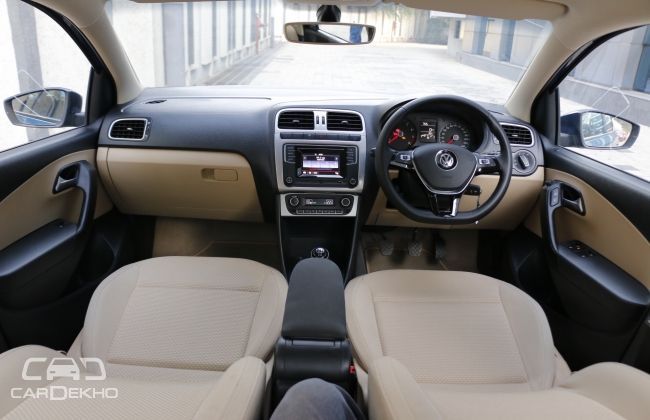 The diesel engines, on the other hand, will be a 1.5-litre motor with a 5-speed manual. There will also be a diesel automatic that will be launched soon, which will have the 7-speed DSG gearbox. The Ameo of course, will be a larger car than the Polo and will have more space in the back seat along with a larger boot. The Ameo will also have ABS and airbags as standard fitment in all variants with the top of the line variants getting added gadgets like Apple CarPlay and a touchscreen infotainment setup.