The Vitara Brezza is Maruti Suzuki’s big play for the year 2016. It is the carmaker’s first sub-4-metre compact SUV, and will go up against the likes of the Ford EcoSport and the Mahindra TUV300. While a lot has been written about the way it looks, this article will focus on the cabin and interiors of the newest Maruti in town. 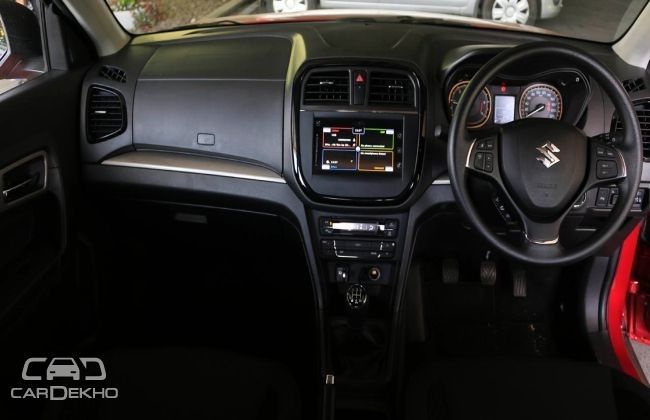 Step inside the Vitara Brezza and you’ll be greeted with a familiar sight. Several elements are from other Maruti Suzuki offerings. The all-black, silver-garnished dashboard is almost identical to the one in the Baleno, which isn’t really a bad idea, since it is a well-rendered and sorted layout. 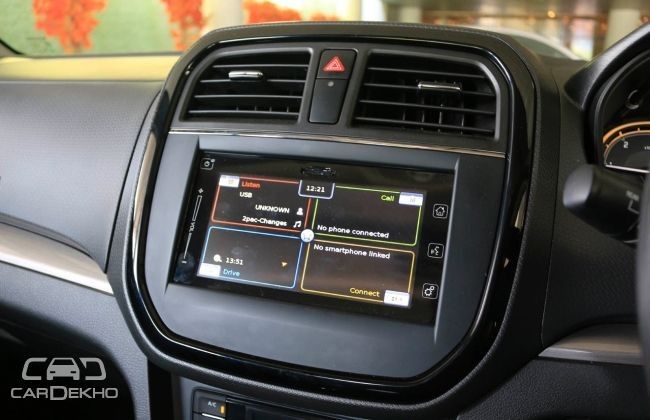 The centre of the dash, which houses a seven-inch touchscreen infotainment system, is gracefully surrounded by piano- black mirror-finished bezels. The silver elements and glossy black plastic on the same look great and also help in avoiding the overdose of black colour. It gets twin gloveboxes, with the upper being a cooled one. Generosity of space can be seen in both the glove compartments. 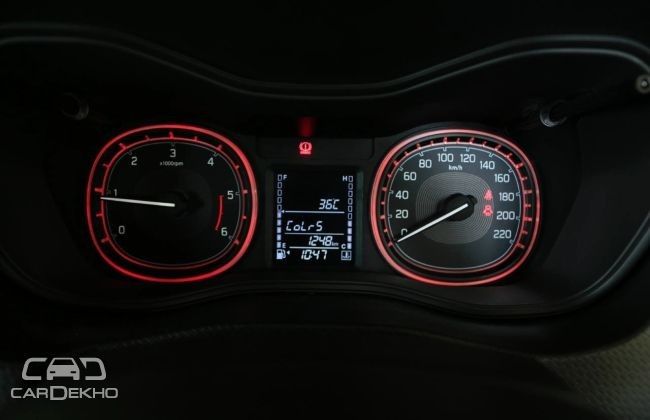 Another element worth mentioning in the Vitara Brezza’s cabin is the instrument cluster, which gets mood lighting. While this feature is a bit gimmicky, it tends to bring the child out in you, on certain occasions. There are five such illuminations on offer - red, orange, blue, white and yellow. Between the coloured tachometer and the speedo dials, there’s a comprehensive MID sandwiched. The unit reads out information such as the time, temperature, distance to empty, and trip metre, among others. Overall, the cluster does stand out when compared with its closest competitors. 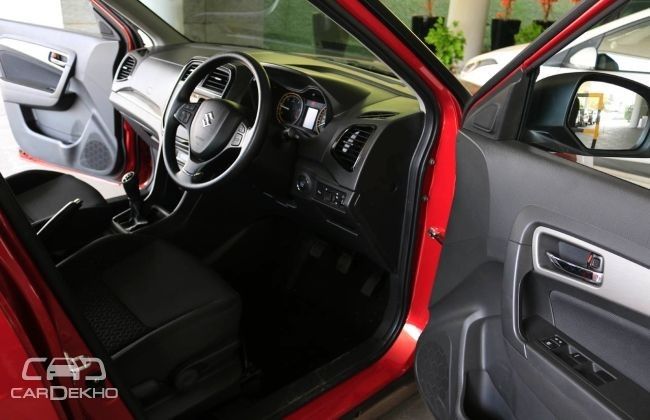 The cabin quality is decent, but not great. Some of the plastic used is nice, but the finishing on the lower half of the dash could have been better. The woven roof lining, on the other hand, looks really plush and so  does the seat fabric. In terms of space and comfort, the Brezza excels and offers a balanced combination of adequate boot space and a roomy cabin. There’s enough space in the back row to seat three occupants, and it offers adequate knee, shoulder and headroom.

Available in six variants, the cabin of the range-topping ZDi+ Brezza comes loaded with a host of features that a buyer of this segment expects. It gets the Apple CarPlay touchscreen infotainment unit, steering-mounted audio, cruise control, push button start, reverse camera, and power-folding wing mirrors.