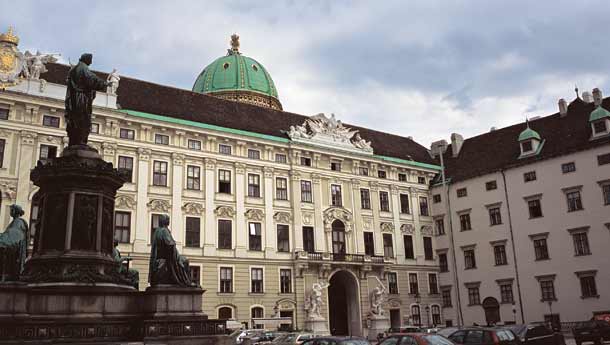 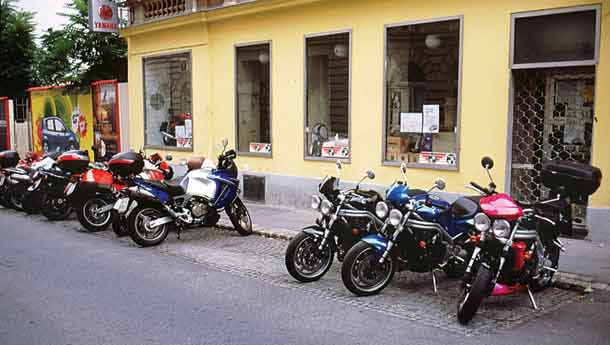 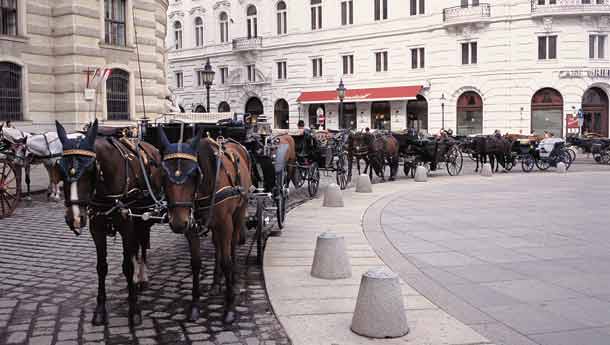 As can be deduced by my byline, I have an appreciable volume of Bengali blood ki-dada -ing its way through my veins. This means several things. For starters, fellow Bongs can usually smell me a mile away and before I know it I’m being harangued about:

l Whether Pablo really is my given name
l East Bengal’s lack of goal-scoring form
l Both of the above, simultaneously

Then there’s the de-rigeur  sweet tooth, which allows me to put away disgusting quantities of sweets at a single sitting, followed closely into third place by the ability to yak about kalchaar with the best of them. You can’t be a Bong and not be able to do this, you see – culture and all its accoutrement are stamped into the DNA of every Bengali person on earth, whether they like it or not. Still, on reflection this isn’t such a bad thing, since it helps prepare you for situations where you’re up to the gills in culture. Such is the case in Vienna, Austria’s spectacular capital city, where the Bengalis of the world would swoon with delight. They might throw in a ‘Baat hab you seen awaar Bhiktoria Memoriaal?’, but swoon they most definitely would.

I’m not quite that hardcore, but I almost keeled over myself when I walked down one of Vienna’s charming cobblestone lanes and found myself up close and personal with the Imperial Palace, or Hofburg, arguably Vienna’s top tourist attraction. I’ve seen some fairly ostentatious buildings during my travels, but the palace was something else. It was magnificent, immense and all the rest of it, but in a peculiarly cold-blooded way – there is a certain ‘something’ that the world’s great monuments have and Hofburg, although a superlative achievement, didn’t quite have it – but only by a whisker, mind. Home to the ruling Hapsburgs for over six hundred years, the palace complex is a bit of a jumble of styles, but it houses some truly amazing stuff within its walls – the Kaiserappartements (the Imperial Apartments) and the Schatzkammer (the Imperial Treasury), for example. One look at both these sections of the palace and you know right off why the peasantry were forever in uprising mode and cutting off the heads of their rulers. It is difficult to imagine so much ostentation and wealth being crammed into such relatively small spaces, but the Hapsburgs managed it. Extravagant furniture, fine tapestries, gargantuan chandeliers – they’re all here. The treasury takes things one step further; to be found here are a 2860-carat emerald, a 492-carat aquamarine and a 416-carat ruby, making it amply clear that the ruling class really loved their baubles. Of greater interest, however, are some relics that are purportedly connected to Jesus Christ himself – the Holy Lance (apparently the lance used to pierce Christ during his crucifixion), and a reliquary with a piece of wood from the True Cross, soaked with the blood of Christ. I gazed with suitable respect upon these and then decided to explore the rest of the palace complex.   To be honest, it was a bit of a disappointment. There is only so much grandeur that one can take, and I reached saturation point fairly quickly. Sure, the Spanische Reitschule (the world-famous Spanish Riding School) was impressive, with its Lipizzaner horses and baroque setting, but I’ve never understood how watching stuffed shirts ride horses up and down can be captivating. Similarly, the Burgkapelle (the 15th century Palace Chapel) was interesting in that the Vienna Boy’s Choir, accompanied by members of the Vienna Philharmonic, performed during Sunday morning mass. However, listening to a bunch of yodelling pre-pubescent boys didn’t exactly have me yelling ‘Encore!’. Or perhaps I was just feeling cranky because my camera went dead that morning. Whatever it was, I was in need of spiritual nourishment, and what better way to achieve this than a bellyful of chocolate cake?

Before I continue, a word or three about the famous Viennese Kaffeehaus. Paris has its sidewalk cafes, Mumbai has its Irani restaurants and Vienna has its coffee houses, and it was to one of these that I headed. Cafe Griensteidl, in the considerable shadow of Hofburg, used to be a hotbed of literary discussion in the late 19th century, with heavyweights like Arthur Schnitzler, Karl Kraus and Theodor Herzl being regulars. When I showed up it was inhabited mainly by tourists and what seemed like disgruntled civil servants, but it was still a lovely old place. Marble-topped tables, antique furniture (antique everything, come to think of it), lots of newspapers and magazines to read and some delightfully haughty waiters (always to be addressed as  ‘Herr Ober’ ) made it seem like some sort of exclusive gentleman’s club. Apparently, most old coffee houses were like this, and I made a mental note to go to at least a couple more. For the present, I found a table and signalled to a waiter. I obviously committed some sort of grievous sin, because he came over and looked at me as if I had just had a pee in the corner. Nevertheless, I held my own and ordered an Einspanner (a black coffee in a long glass, with whipped cream) and a slice of Sachertorte, the local chocolate cake. Both, needless to say, were indescribably delicious and I immediately felt good cheer return to me in waves. This was the life-gracious interiors bathed in old-world charm and lots of caffeine and calories. Feeling suitably fortified, I retired to my youth hostel for the evening, signing off for the day with a rather raucous party.

I’m a big fan of old churches (just so you know). As I bent myself almost backward looking up at the 450-foot southern tower of Stephansdom, Vienna’s Gothic cathedral, I had to admit that it was right up there with the best I had seen. Affectionately called Steffl (meaning ‘little Stephen’) by the Viennese, no other building is so loved by the locals and certainly no other structure dominates the city’s skyline quite like it. The latticework spire was just incredible and its glorious tiled roof, with chevrons on one end and the Austrian eagle on the other, further added to its beauty. The tower took 75 years to build and the head honchos decided another one to match it would be just dandy, so they started work on a northern tower. Halfway through, someone had a look at the books and said ‘Hang on, we’re broke’, so they plonked a Renaissance-style cupola on it and called it a day. I found it almost impossible to believe that this fantastic work of art had been virtually destroyed several times (by the Turks, Napoleon’s troops, the Allies and by fire), but had been fully restored on each occasion. As a symbol of endurance, therefore, it was quite something. It was also, as I learnt, a symbol of resistance. If you were to look at the recess to the right of the entrance, you would see the inscription O5 – O and the fifth letter E, representing the first two letters of Oesterreich, a symbol of Austrian resistance during WW II.  This symbol used to be highlighted in chalk whenever Austria’s ex-president Kurt Waldheim, a documented Nazi collaborator, attended Mass. The country, it was clear, had a few demons to deal with.   For all its breathtaking veneer, Vienna has had an extremely turbulent past. By virtue of its location, it has been subject to countless attacks and sieges by a myriad of enemies – the Turks, the French, the Prussians and the Magyars, to name but a few. Plagues and fires have ravaged it on several occasions. The Austrian state was twice declared bankrupt. However, as far as recent history is concerned, there is no more touchy an issue than the city’s treatment of its Jewish inhabitants. Anti-semitism isn’t a new phenomenon here, though – since 1420, when the first of several pogroms against the Jews took place, the city has had a stain on its collective conscience. A certain Adolf Hitler was Austrian, remember, and when he marched into Vienna with his invading troops in 1938, he was received with wild jubilation.

Many Viennese then began a campaign of Jewish intimidation that eventually led to the deaths of almost 70,000 Jews in various concentration camps. Jewish property was ‘acquired’ for a pittance or simply stolen – over 50,000 homes, businesses, shops and various places of entertainment were taken over and handed to completely unsuitable successors, such as chimney-sweeps and sportsmen. Indeed, many of Vienna’s attractions were formerly owned by Jews, such as the opulent Sacher and Imperial hotels and cafes such as Mozart and Braunerhof. To make things worse, Austria was listed by the Allies in 1943 as ‘the first victim of Nazi aggression’, which made it very difficult for surviving Jews to put in claims for restitution after the war. Some fairly half-hearted measures have since been instituted by various governments, all of which almost came to naught when Jorg Haider (who once claimed the Third Reich had a good employment record) and his right wing party came to power in 2000. Fortunately, Vienna woke up in time and Haider was ousted after two years of protest-ridden rule.

I found all of this unsettling, to tell you the truth. I loved Vienna and had had a thoroughly enjoyable stay, but the omnipresent ghosts of the past made my skin crawl a bit. I decided, on the spur of the moment, to go to Judenplatz, Vienna’s medieval Jewish ghetto. A network of alleyways led to a beautiful square surrounded by splendid baroque buildings. In the middle of the square lay an austere holocaust memorial, shaped like a library with the spines of the books facing inward, and resting on a plinth with the names of various concentration camps. It was a poignant reminder of horrors past, but here’s the strange thing – standing all alone in the square, I somehow felt better.