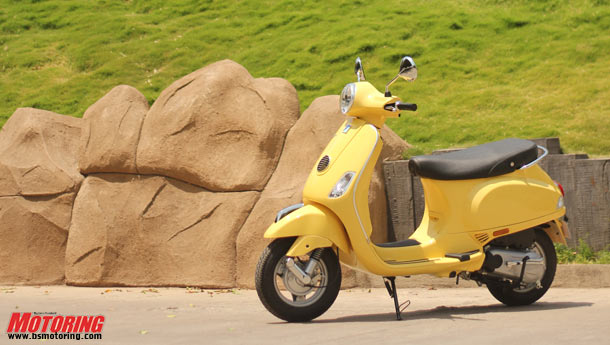 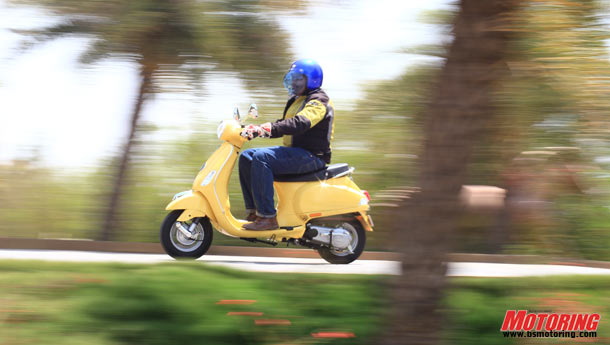 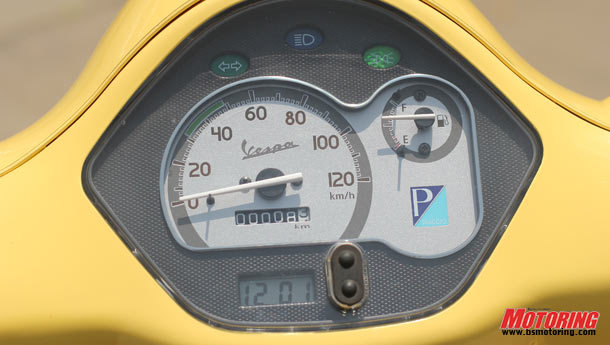 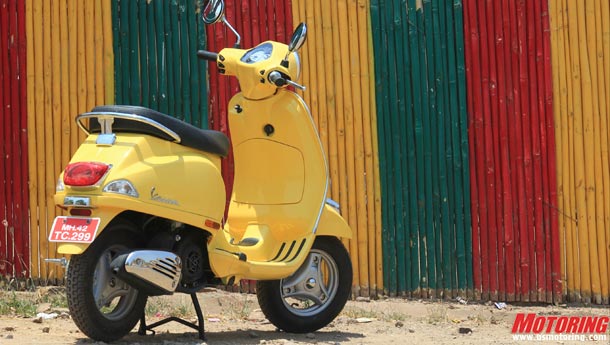 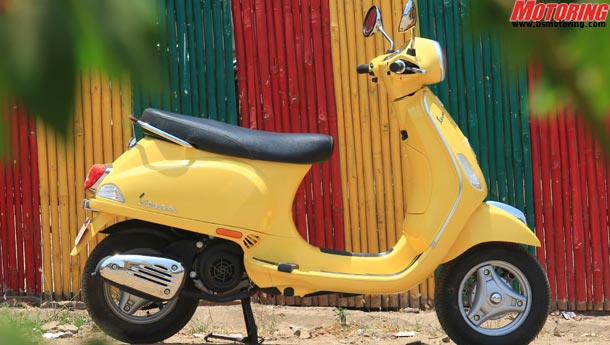 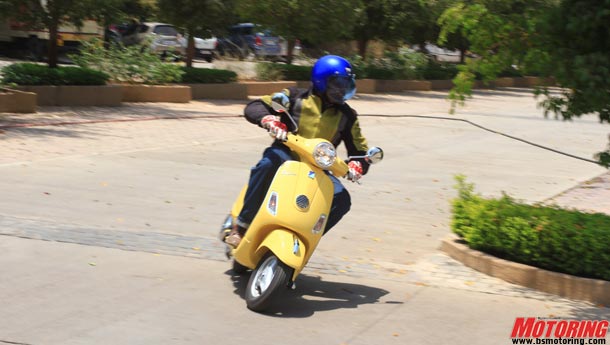 Oh, so cute!” the young lady squealed. Her attention was certainly not directed at me, for sure, but at the bright yellow Vespa I was standing next to. There were many more like her, who were instantly taken in by the little scooter wherever we took it. Called the LX 125 the world over, it is known simply as the Vespa here in India. Importantly, it heralds Italian manufacturer Piaggio’s re-entry into the ever growing two-wheeler market in the country. And no, the Vespa isn’t intended as a competitor to the very popular Honda Activa and Suzuki Access, but is being pitched by Piaggio as a lifestyle product.

And why not? Like the Beetle, the Mini and the Fiat 500, the Vespa too went from being a mere machine to a worldwide cult, soon becoming a fashion icon. It was a part of popular culture and inevitably attained star status too, having acted in over 150 films. But Vespa is closer to us Indians than far-flung Hollywood. The brand has been a part of this country right from the 1960s, when the scooters were manufactured in collaboration with Bajaj. The partnership dissolved in 1971, but this was not the end of the road for Vespa. In 1983, Piaggio and LML tied up to produce the scooters. However, in 1999, LML bought over Piaggio's stake and the collaboration came to an end.

As you’re reading this, brightly coloured Vespas are rolling off a newly inaugurated plant in Baramati, about 100 km from Pune. At Rs 66,661 (ex-showroom Maharashtra), Piaggio is positioning this example of alto moda on two wheels at a premium.

But this is no handbag. It’s a scooter and, as with scooters, its true calling is the road. Twist that rather bling throttle grip, and the 126cc, 9.9-bhp motor gets to work with a buzzy sound, hauling its light body, and rider, forward. It’s not frantic, but the greenery around seems to pass by quicker till about 70 kmph. Beyond that, the little Vespa begins to run out of breath.

Also breathtaking is the Vespa’s styling, especially, as mentioned before, to women. This Piaggio is nifty looking, with lines that show more than a passing resemblance to the Vespas of yore — a contoured and stubby front end leading to a rather curvaceous rear, but now more pronounced, with a crease line that defines the flanks. However, what mars the package is the prominent panel gaps that are inconsistent while certain plastic sections are still rough around the edges.

The chrome bits, sprinkled liberally all over, lend a nice, premium air to it. Small things like the smart-looking levers, the shiny kick lever, the rubber footboard strips and the Vespa badge on the lights prove that the devil is in the details. Underseat space is limited to just about enough for a single helmet, but the new-age, full face lids won’t fit.

To a bloke, however, it might seem a bit out of place to admit that the yellow (of course, there are other colours available) Vespa does something for him. It’s one of those things, I guess; petite Vespas in bright colours might be great fun to ride, but you don’t really want your buddy catching you on one.

There’s no doubt, however, about how well the Vespa will change direction at your whim. The monocoque frame helps, without question, and the 125 flicks this way and that with an air of ease that will surprise most scooterists accustomed to the usual lumpy riding dynamics of their steeds. I was having so much fun on this agile scooter that the only limiting factor that prevented the Vespa from dipping deeper into corners was the lack of grip from the Nylogrip tyres. These hoops are adequate on dry surfaces, but get a little skittish in the wet.

Another facet of the Vespa that will go a long way in keeping life cheerful is the scooter’s ride quality. Despite sporting an old school trailing link-type suspension at the front, the 125 will go over really bad potholes and you still won’t stir from your Roman Holiday state of mind; a weird grin plastered across your face as you roll down the road, with your make-believe Audrey Hepburn riding pillion.

That Hepburn lady would have to like you plenty, as she would have to sit awfully close to you, because of the limited pillion seat length. The rider’s pad is fine, more than ample actually. Although the breadth of the Vespa’s saddle is expansive, the pillion needs to stick really close to the rider in order to fit in. Audrey’s more than welcome then, but my colleague Aneesh? Not really!

Another grouse is the deadpan feel of the front brake. As if contending with a low tech drum brake isn’t enough, the wooden feel of the thing doesn’t help matters. Apart from being numb, the stopper really doesn’t do much stopping — pull in the lever with all your might and it still won’t cut speed quickly enough. A slightly longer brake arm should increase leverage enough to keep things from getting scary. Perhaps a softer brake lining material might slow down things more effectively. Or both! The rear brake makes up for the front, with its progressive functioning and good bite to leave behind a dark rubber line on the concrete.

On the whole, I’m certain that the Vespa will find favour with the glitterati, but as a working scooter, I’m not too sure it entirely fits the bill. Besides, the thing is too pretty to park anywhere other than outside a swanky spa or coffee shop. So you better dress up if you’re heading out on one — might as well earn some compliments for yourself.

Like many other great automotive ideas, the Vespa was the fruit of a determined effort to overcome severe adversity. After World War II, Italy was trying to pick up the pieces the years of fighting had left behind. During the war, Piaggio manufactured aircraft but with the cessation of hostilities, nobody needed military planes any more. Enrico Piaggio then thought of putting his Pontedera aircraft manufacturing plant to use in the production of cheap and reliable transportation for the Italian market.

Corradino D’Ascanio, an aeronautical engineer, was entrusted with the task. D'Ascanio disliked motorcycles. He thought of them as temperamental machines that loved to dirty the clothes of their riders. His machine had to be everything a motorcycle of the time wasn’t. It had to offer decent weather protection, keep road muck off the rider and be easy for both men and women to ride. The resultant prototype was called the MP6. Piaggio was thrilled and remarked that the MP6 resembled a Vespa, the Italian word for ‘wasp’. And so the iconic Vespa was born.