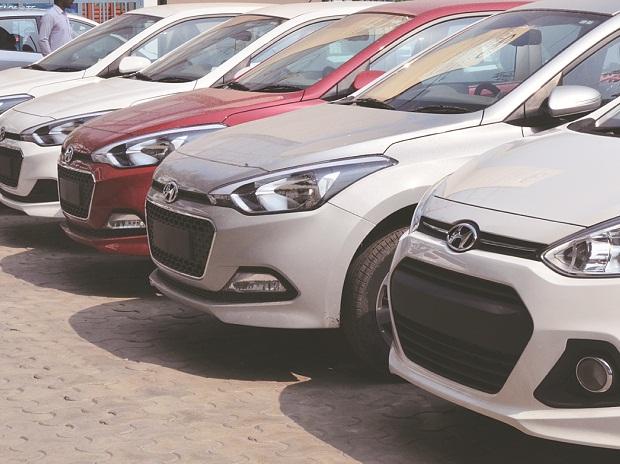 Carmakers exited September with double-digit growth (from the corresponding month a year before), in spite of an increase in cess on bigger cars and sports utility vehicles (SUVs) last month.


A festive pull in demand helped Maruti Suzuki, Hyundai, Honda and Tata Motors; together, they have a little over two-thirds of the market. Maruti, which sells every second car in the domestic market, reported sales growth of 9.6 per cent at 150,521 vehicles. Helped by demand for its compact cars (Dzire, Baleno) and utility vehicles such as the Brezza. R S Kalsi, its senior executive director (marketing and sales), said on Friday their growth was 18 per cent in retail festive demand. He expected more double-digit growth in the coming months.


Korea’s Hyundai reported about 17 per cent higher sales to dealers last month. Launch of the new Verna helped to add 6,000 units. Rakesh Srivastava, director (sales and marketing), said there were tax challenges, impacting the sentiment. The Goods and Services Tax Council raised the cess on mid-size, large cars and SUVs between 2 per cent and 7 per cent from September 12.


“Nonetheless, positive pull of the festival season, a good monsoon and a buoyant equities market helped the volume growth,” he said. This is the second time in its 21 years in India that the company sold over 50,000 units in a month. The first was in October last year. Srivastava said September’s retail volume was even higher at 53,000 units, about 32 per cent higher than the previous year.


M&M, the third biggest, did not announce its numbers. Japanese maker Honda clocked 21 per cent growth in September, to 18,257 units. “We have had a good start to the festive season. Our sales outlook for the season is very promising,” said Yoichiro Ueno, president and chief executive, Honda Cars India, attributing the growth to the Honda City and WR-V.


Tata Motors has launched three new vehicles this calendar year, the Hexa, Tigor and Nexon. Its sales rose 18 per cent last month to 17,286 units, the highest since November 2012. “With the festival season, consumer sentiment continues to remain positive. We are optimistic of maintaining this,” said Mayank Pareek, president of its passenger vehicles business.


Toyota, however, grew only 2 per cent. It said it had to close production on September 28, giving it less of output days. Toyota was more impacted than most companies from the cess increase, applicable on its best sellers, the Innova and Fortuner. “We are happy that our customer demand had minimum impact of the cess hike and the festive season has ushered in positive growth in domestic sales,” said N Raja, director and senior vice-president (sales and marketing).


Ford, Renault, Nissan and Volkswagen did not announce numbers on Sunday.


“This high growth should continue during October as well,” said Hyundai’s Srivastava.