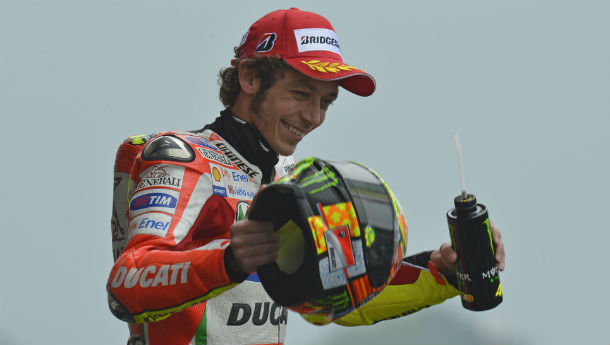 Valentino Rossi hasn't had the easiest start to the 2012 season of MotoGP. But things looked up a little with Rossi scoring his first podium finish at a rain-soaked French Grand Prix at Le Mans. However, Vale is still hoping that the pace Ducati showed at Le Mans is real. While he admits that the team did well at the event, helping him get a second place, it was largely due to the fact that they were able to capitalise on the wet weather conditions.


The Italian rider also did admit that the chances of a podium were looking slim, however he does have a history of good performances at the Catalunya track, where he has won six times.