Before approaching a dealer, every second car buyer in India researches online. "Potential car buyers find the internet a more useful research tool than television or the print media, as it is fast and offers comparative tools and easy access to holistic information," says a Mumbai-based analyst.

For entrepreneur Vinay Sanghi, this presented a huge opportunity. In 2009, he launched Cartrade.com for buying and selling cars (new and used). He also sensed the opportunities the economic downturn offered - banks had more inventories to liquidate (due to car loan defaults, etc). Cartrade.com offered an online platform for such auctions.

Early years
Between 1992 and 1999, Sanghi worked at dealerships run by his family. However, the closely held and managed family business didn't allow him to spread his wings. In 1999, he, along with Mahindra & Mahindra, incubated Mahindra First Choice.

Sanghi, the founder-chief executive of Mahindra First Choice, remains a shareholder in the company. However, in 2009, when the e-commerce wave hit the country, Sanghi decided to move out of the company and incubate Cartrade.com. "At Mahindra First Choice, the objective was to have a good shopping environment for a used-car buyer, with a quality warranty. There is an entirely new middle class that wants to buy its first car; it might well be a used car. The issue is where do I find the car I want to buy? The internet is the best way forward," Sanghi says.

Spotting an opportunity
In 2008-09, the annual used-car market was estimated at 1.5 million vehicles. Companies in this segment expected it to touch Rs 50,000 crore in five years. While the downturn slowed new-car sales in the country, the used-car segment seemed relatively immune.

Sources say strong growth in the new-car segment from 2007-08 to 2011-12 (14 per cent compounded annually) led to a huge inventory of used cars. "The entire lifecycle of ownership of cars has changed. Earlier, one kept a car for five-eight years before a replacement; this has come down to three-four years," he says. Used-car sales in India stand at 3.2 million units, 1.2 times that of new cars.

Market estimates suggest in four-five years, the used car market will be double that for new ones. In India, the pre-owned car sector is growing at 18-20 per cent; the organised segment is growing 40 per cent annually.

Business model
The company's car auctions are held across 80 cities, and about 1,200 dealers participate. Cartrade.com operates as a platform for both business-to-business (B2B) and business-to-customer (B2C) deals. "Dealers can offload their inventory here; so can banks and fleet owners. Individual customers can buy or sell. Even fleet owners and dealers can buy," says Sanghi.

The website says, "Buyers can explore models of new and used cars; they can instantly get on-road prices pertaining to their location and compare cars, according to their budget, by visiting our website. We also provide information on financing, insurance and other matters related to the automobile sector."

Every month, about 8,000 vehicles are auctioned on the website, while about 30,000 vehicles and 2,000 dealers are listed on it. About 250 members in the team train dealers for online auctions and try to rope them in. What started as a team of about 50 is now 350-member-strong.

Prashant Sawant, head (commercial division), Tata Motors Finance, says, "We have been doing business with Cartrade.com for five-six years and the experience has been extremely good. Earlier, we auctioned by advertising in newspapers, etc. With Cartrade.com, the process is simpler - it usually takes 27 days to clear inventory on the website and we also get good prices for the vehicles, as the number of bidders is large." The downturn brought more business for the portal, as there are more inventories with banks and non-banking financial companies, he adds.

Sukhbir Bagga, director of Group Planet Petal, which has 32 showrooms in Gujarat and has done business with the portal, says, "For used cars, online sales are definitely the way forward. In urban areas, 70-80 per cent of the customers search for a used car online. When they find the car of their choice, they visit the dealer. For people like us, who have used-car showrooms, sales generated through such portals account for about 25 per cent of our sales. But for unorganised dealers, it may stand at 60 per cent."

The B2B vertical has a transaction key model, while the B2C model has a fee for listing cars on the website. "Of the revenue, 33 per cent comes from the transaction key model and another 33 per cent from listing fees; ad revenues account for the rest," Sanghi says. About 30 per cent of the revenue goes to the field force and a major chunk to advertising and brand-building. Sanghi claims the company is recording operating profits but doesn't share data on revenue.

Securing funds
MotorExchange, which owns Cartrade.com, was founded by Sanghi (CEO) and Rajan Mehra (director). In December 2009, it raised series-A funding from Canaan Partners and other investors, including Austin Ligon, former chief executive of CarMax, US. The next year saw series-B funding from Canaan and Epiphany Ventures. Subsequently, MotorExchange raised $13 million in series-C funding from Tiger Global Management; Canaan also participated in this round. Sanghi doesn't disclose the investment by Canaan. Alok Mittal, managing director, Canaan, said the company had a minority stake in Cartrade.com.

Way forward and challenges
"There has been a huge change in the adoption of mobile technology, especially internet use on phones. About 30 per cent of our traffic now comes from mobile phones; a year earlier, it was 10 per cent," Sanghi says. The conversion ratio for those visiting the website is nine-10 per cent. "The ratio in car showrooms isn't that high. Also, visitors come to do research on cars; 80-90 per cent of buyers start the buying process online," he says. Canaan's Mittal says while most car portals focus on consumers and those doing research, Cartrade.com focuses on dealers. "As a consumer, we buy cars once in a few years. But for dealers, business happens every day. Therefore, its model is more viable and has an option of scalability," he says.

Mittal said Cartrade.com's size was small enough not to be immediately hit by the slowdown in the larger market. "Say, car sales in the country fall from two million to 1.9 million; it is a significant development for original equipment makers. For a portal selling a few thousand cars a month, there is not much of an immediate impact," he says.

"What percentage of the market comes online is a crucial factor. At the moment, some competition is actually welcome, as that would expand the market and lend more credibility to the business." Tata Motors Finance's Sawant says, "Internet reach is still low and only a particular segment of customers can be reached through the medium."

As of now, 70-80 per cent of the company's revenue is accounted for by the top 10 cities alone.

USP: Focus on car dealers rather than individuals who want to buy or sell cars across cities

Plans: Expansion to smaller cities, addition of more dealers and franchise stores; focus on new technology such as applications 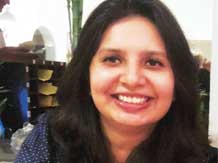 The market for used-cars in India is increasing exponentially, owing to rising aspiration to own a car. There is a large segment of consumers which prefers to buy a used sedan instead of a small car as its first vehicle. Combining this with the burgeoning accessibility to the internet, the online marketplace has become an attractive place.

According to a latest study, the Indian used-car segment has significant potential, with the overall market expected to grow at a compounded annual rate of 22 per cent to 3.9 million units during 2011-2014. However, according to my estimates, the online space still has a small share in the used-car market compared to the brick-and-mortar model. Also, while buying from such sites, a customer has to ensure the seller is genuine, the documents are in order and the car is in the condition shown. The online space for the used-car market is still in a nascent stage. Cartrade.com provides a comprehensive coverage of the Indian automobile sector. Its increasing presence across India helps it cover a large segment of the market. However, it will have to have strong staying power and keep working on people with a mindset to bring more customers into its fold. Also, there are a lot of players in the online used-car segment and the company will need a strong marketing initiative to make a mark for itself.
The author is promoter, Biggaddi.com