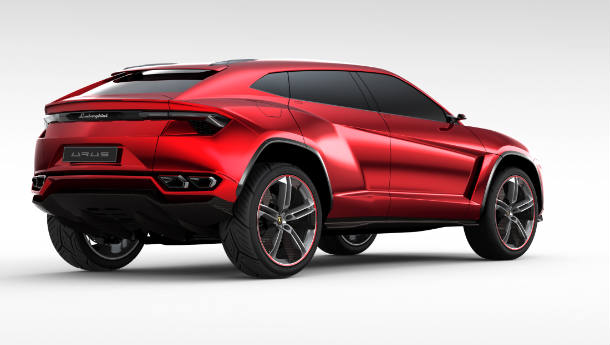 I know what you are thinking. Lamborghini Urus is as bad an idea as Porsche building a hot hatch. Incredibly, no matter how things might be, Lamborghini won't just be building the Urus. Heck, if it has its way (and that's what our sources suggest), they will also be building the Estoque! But more on that later.

What you need to do is wind the clock back to the late nineties. Porsche was keen on continuing racing. It was also keen on building the Carrera GT because they had the motor ready (what with them winning the 1998 Le Mans in the GT1 category). So there was Porsche, with a ready V10 motor for the 1999 season and not a car to house it (Porsche decided to pull out of Le Mans GT1 racing in '99). That led to the accelerated development of another vehicle, the Cayenne. Porsche's first SUV in its then five-decade odd history, the Cayenne would be the proverbial everyday Porsche that even the wifey could drive. Net result was Porsche's revenues going through the roof and that hastened the development of the Carrera GT. It should have led to a full stop, but it didn't. Instead, everyone has been running a turkey shoot in their attempt to build a sports SUV (read Bentley, Maserati and Land Rover). So why not Lamborghini?

Purists will argue that the LM002 (Lambo's attempt at an SUV, built from 1986 to 1992, only 301 units ever sold) was a one-off and the thinking minds at Sant Agata should have left it at that. After all, Lamborghini, over the last 20-odd years has been known for its mad cars. Who would ever thought of the Diablo ( I love the VT ), the Murcielago (SV, slurp!) or the Gallardo would come to fruition, but for the brilliant hands at Lamborghini. But there are many markets that still need to be tapped, including India.

In an interaction with select Indian journalists, Stephan Winkelmann was quick to point out that while China has grown phenomenally in the super sports car segment, India is trailing. Whether it's the infrastructure or our punitive taxation, India is taking time to latch on to the two-door market. But SUVs have been a runaway success. Last year, Porsche with the launch of its new Cayenne sold over 300 units of their SUV in India. It may not sound much, but for a brand that has been selling less than 150 units a year (all models told), that is fantastic. Land Rover too has had a wonderful year in India, growing nearly three times over the previous year. And these two will have to contend with the Urus, one way or another.

For Lamborghini, the Urus means more Lambos in garages around the world. It also gives its thinly spread global dealer network something to push and justify their investments. Most importantly, it makes the possibility of cars like the Sesto Elemento and the Aventador SV quite possible. Survival, sometimes does call for desperate measures. For Lamborghini, that desperate measure is the Urus.