The soon to be launching 2015 Tata Nano GenX AMT will have a creep function, our sister concern Gaadi.com reports exclusively. This update will be the first major uplift of the Nano, both inside-out including mechanical changes - addition of an AMT (automated-manual transmission). Speaking of the creep function, it helps vastly maneuvering in city’s bumper to bumper traffic, as it starts crawling the vehicle after releasing the brakes without even using the accelerator. Automatic cars possess this creep function, but none of the cars fitted with the AMT gearbox in India offers it - like the Celerio, Alto K10 or even the Tata Zest.

Adding on the updated Nano, we recently spied the vehicle at Tata’s Sanand facility waiting in the stockyard for dispatch. The vehicle will be similar to the Tata Nano Twist F-Tronic Concept revealed at the 2014 Indian Auto Expo. It will sport, revised front and rear treatment, new set of alloys, colors and an openable rear boot-lid along with refreshed instrumentation and Zest inspired new three-spoke steering wheel. 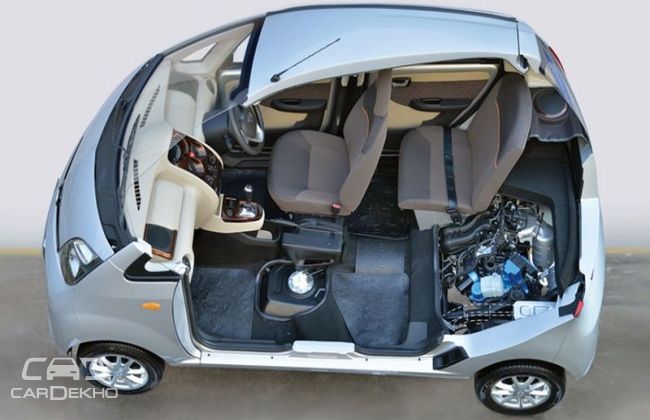 Mechanically, the Nano GenX AMT will be powered by the same 624 cc MPFI naturally aspirated petrol engine. The puny two block motor generates 37.5 bhp and a max torque of 51 Nm. The current Nano with 4-speed manual gearbox delivers an incredible 25.35 kmpl, expect slight bump in the fuel efficiency of the new AMT variant. 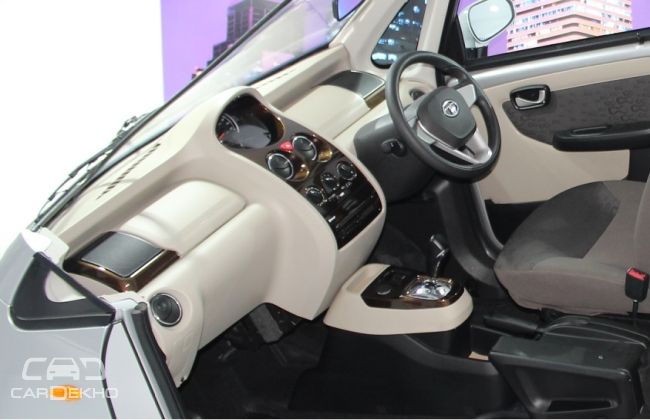