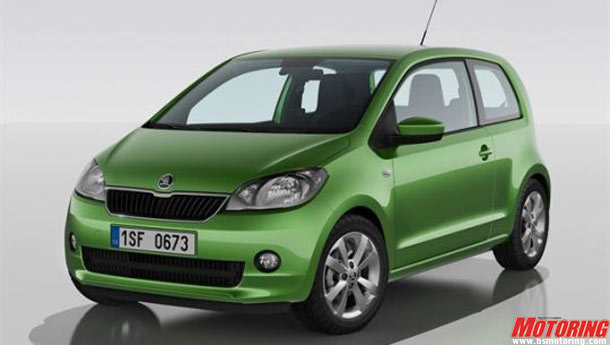 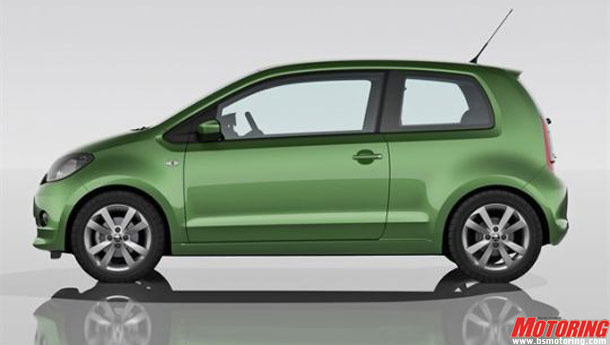 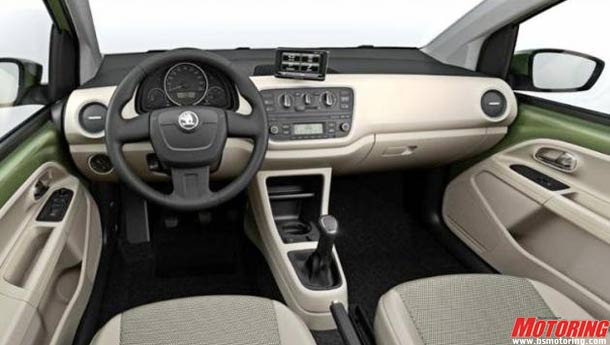 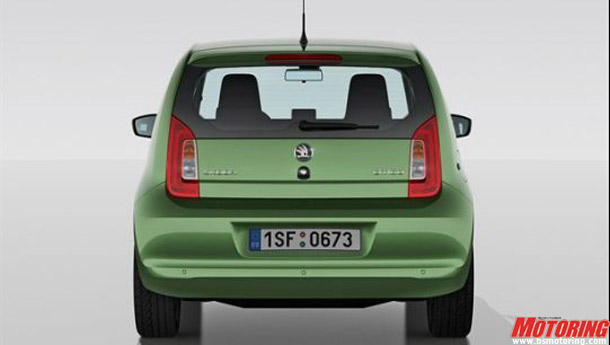 Skoda's new small car, the Citigo, has finally been unveiled. The car is based on the Volkswagen Up! and is powered by a 1.0-litre three cylinder petrol engine. The Citigo is the first of slew of Skodas that will be launched around the world, with the Czech company launching one car every six months.

The Citigo, which will be launched in both two-door and five door versions, is a four-seater which though small, promises to carry four people in reasonable comfort. The car is 3560 mm in length, 1650 mm wide and has a height of 1480 mm. The boot has a capacity of 251 litres when it is ferrying four people, and when the rear seats are folded, this increases to 951 litres.

Accessing the rear seats is not too difficult, even in case of the two door. The front seats need to be folded forward in order to slide into the rear of the car, which Skoda terms their 'Easy Entry' system.

The Citigo places great emphasis on safety. For the first time in a ŠKODA vehicle, the designers have used a Head-Thorax side airbag to protect the heads of both the driver and the front seat passenger. Along with a number of other items, this system is part of a safety package usually found on much larger cars. In addition, active safety is enhanced by the ‘City Safe Drive’, a new brake assistance system based on a laser sensor that is activated automatically at speeds below 30 km/h when there is danger of a collision. Depending on the speed and the traffic situation, this automatic braking solution may completely prevent a collision or at least reduce its severity. The risk of bumping into the car ahead is thus reduced significantly in city traffic. The Citigo is one of only two cars in the city car segment to offer the emergency braking functionality.

The company has stated that the Citigo will first come with a manual gearbox, while a five-speed auto transmission will be launched later on.

While the Citigo will be launched in the Czech Republic by the end of the year, it will make it to most European countries in 2012. The Citigo should reach Indian shores sometime in 2013.