Uber, Ola need to lobby hard with states to get new rules on the road The Motor Vehicles Amendment Bill has proposed significant changes to issues around vehicles and road safety. The last of a three-part series looks at the impact the new rules will have on taxi aggregators


Taxi aggregators such as Uber and Ola might need to lobby aggressively with the states to get them to adopt regulations of the amended Motor Vehicles Act, which recognises their business model.


The amended law was passed by the Lok Sabha on April 10; it still has to go through the Rajya Sabha. According to the Motor Vehicles (Amendment) Bill, 2016, states are allowed to follow the central rules — hailed as progressive by the taxi aggregators — with an eye to local needs.


It also allows the Centre to frame a national transportation policy and gives vehicle owners the freedom to decide on whether they will apply for a licence or a permit. This would allow owners of private cars to drive passengers they get through taxi-hailing phone applications. This could disrupt the sector, with private cars competing with taxi, who pay a higher fee or commission to the aggregator. Uber pioneered the model in the US. Between it and domestic competitor Ola, there are over 500,000 taxis across India.


“This is a transformative piece of legislation and marks the official recognition of the ridesharing industry in India. Many of the provisions laid down in the Bill are visionary and have the potential to change the urban mobility landscape of the country,” said Shweta Rajpal Kohli, head, public policy, Uber India and South Asia.


The amended law also allows the Centre to keep electric vehicles and driverless cars outside the ambit of the Motor Vehicles Act to promote innovation in these emerging areas. Ola is beginning an electric car pilot in Nagpur. The firm declined comment. 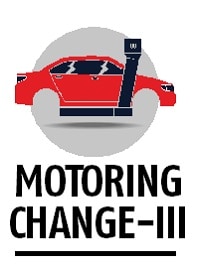 Karnataka was the first state to come out with local guidelines to regulate taxi aggregators, mandating them to get a licence, particularly in Bengaluru. Uber went to court against it, claiming the rules were “unconstitutional”, but the Karnataka High Court directed the US aggregator to fall in line.

The state feels it does not have a mandate to comply with the amended law.


“Once the Bill is passed in the Rajya Sabha it will become a law. If that happens, there is no mandate that states have to follow the Centre’s guidelines. Karnataka will continue to follow existing rules,” said H G Kumar, the transport commissioner of Karnataka. Analysts said the role of the aggregators would be to convince states to adopt the central guidelines. “They (the taxi aggregators) have to follow up with each and every state, and hope to have a similar standardised policy,” said Jaspal Singh, partner at Valoriser Consultants. “Getting the Centre to make the guidelines would have been like hitting one shot to win all the cities.”