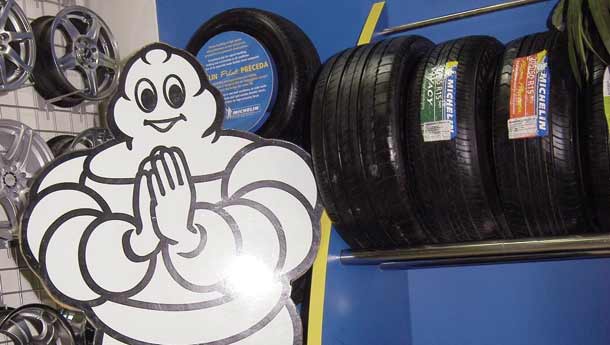 Tyre manufacturers today said they may hike product prices by up to 25 per cent to offset rising input costs, as they have failed to find a solution to tame rising rubber prices even after meeting the Prime Minister.

"ATMA went to meet the Prime Minister, we were called. We were heard and there is no solution at the end of the day," Automotive Tyre Manufacturers' Association (ATMA) Chairman Neeraj Kanwar told reporters here.

Earlier, in March, ATMA had written to Prime Minister Manmohan Singh seeking government intervention to address the issue of rising rubber prices and its impact on the tyre industry.

The tyre industry demanded that the government scrap the 20 per cent import duty on natural rubber and ban futures trading of the commodity, besides excluding natural rubber from negative lists under regional trade agreements.

"To circumvent input cost rise, we need 20-25 per cent rise in selling price starting from April. If we need to remain healthy and invest back, then small rises are required," Kanwar said.

Supporting Kanwar's argument, ICRTMA Chairman Rummy Chhabra said cycle and rickshaw tyre makers will also be forced to hike prices by around 20 per cent if no change in the natural rubber situation happens.

"Around 300 large plantation growers in Kerala have formed a cartel and are selling natural rubber at over Rs 100 higher than the production costs. Cycle and rickshaw tyre makers are already facing negative margins and we may be forced to adopt price rise, which we have avoided all these months," he said.

Cycle and rickshaw tyres comprise around 17 per cent of the estimated Rs 22,000 crore tyre industry in India. The All-India Rubber Industries Association (AIRIA), the industry body of small and medium scale industries that uses rubber, said many companies are facing a tough time due to the rising input costs.

"Many of the small scale rubber users are on the verge of collapse due to the rising natural rubber prices," AIRIA President T K Mukherjee said.

Commenting on the demand-supply scenario, Kanwar said, "The country is going to face a shortfall of around 1.75 lakh tonnes of natural rubber this year, as production lags behind domestic consumption. Last fiscal it was around one lakh tonnes."

He said supply shortage of natural rubber, besides decreasing margins, could seriously delay the ongoing Rs 19,000 crore investment being undertaken by tyre makers to add new facilities and increase capacity.

Natural rubber prices increased by over 150 per cent last year and have touched Rs 170 per kilogram, compared to Rs 65 per kilogram in December 2008.