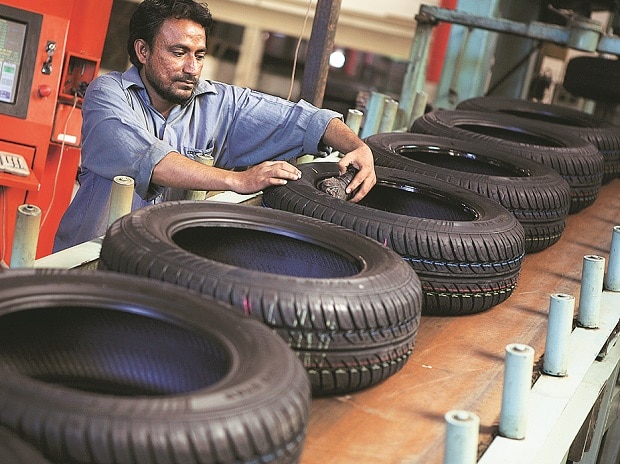 After reaching around 80% capacity utilisation, tyre makers have started looking at investing over Rs 35,000 crore in greenfield and brownfield expansions.

This comes on the backdrop of anticipated double-digit growth from fiscal 2019 as against single digit this year, driven by domestic and exports demand.

During the same time last year, capacity utilisation of tyre industry was around 65-70%.

It is not only growth in automobile industry is helping the industry, growth is aided by Government's policies also, says Satish Sharma, chairman, Automotive Tyre Manufacturers Association (ATMA). The Association's members accounts to around 90% of tyre production.

Sharma notes, for example demonetisation has curtailed Chinese imports (which was a major challenge for capacity utilisation), further GST has even more pressure on Chinese imports which dropped by over 50% in Chinese dumping into India.

He belives, this will come down further as the delaers would prefer for Indian tyres, since unlike in the past profit margins will not be attractive in Chinese tyres.

The tyre industry has invested around Rs 25,000 crore 2011-2016 and in the next five years the industry will be investing more than what was invested in the last five years, said Sharma, who is also the President, Asia Pacific, Middle East & Africa (APMEA) at Apollo Tyres Ltd.

Sharma expects, second half would be better for the industry compared to the first half. "Even in the second quarter tyre firms have reported a good volume growth," he said adding that the industry would close the year with high single digit growth, followed by a double digit growth next year.

Kaushik Dutta, director, Thought Arbitrage, which does research works for ATMA expects between 2015 and 2026, industry's total turnover would grow by nearly four times.This will be led by both domestic and export markets.

He expects that in the coming years, it would even touch around 20%.

Besides, SAARC, West Asia and ASEAN countries, tyre industry is betting big on Africa, which is dominated by the Chinese players.

"We are second to them in terms of pricing, but our advantage is quality and technology," said Budhraja.

He added, the industry need to get into Africa and to get into other countries which need a support from the government by way of FTAs to make our products price competitive.