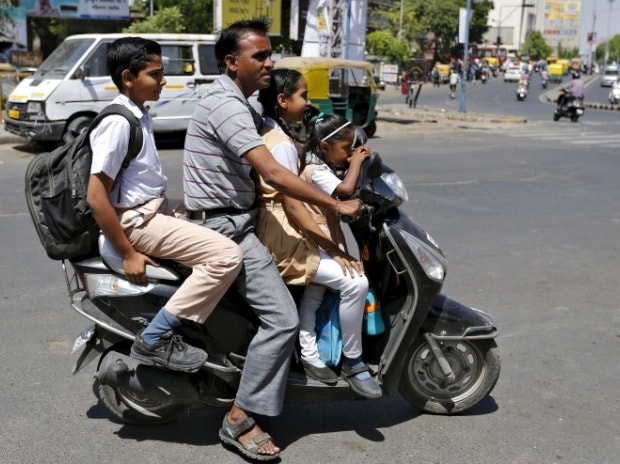 At 16.4 million India is the largest two-wheeler market in the world. Yet there are few handful of machines that do not get sold here despite them being very much made within the country.


While some of these models were never launched in India others were launched but were subsequently phased out due to lack of consumer demand before being aggressively pushed for export markets to keep the production lines running and recover cost of investment.


As many as 12 models out of the 22 different models Chennai-based TVS Motors produce in India are sold only to the export market particularly to countries in south east Asia. TVS, which is India’s fourth largest two-wheeler maker is the second biggest exporter of two-wheelers.


Bajaj Auto, the country’s third largest two-wheeler maker, makes and exports motorcycles not just under its own brand but under that of its partner brand too. One of the best-selling small capacity street bikes of Austrian off-road biking brand KTM (the Duke 125) is made at the Chakan (near Pune) facility of Bajaj Auto.


Further, Bajaj is slowing gaining market leadership in Africa led by Boxer branded economy and executive class models. The Boxer was resurrected and brought back to the Indian market after a gap of many years but faced stiff resistance from rival models. It was subsequently phased out from the domestic Bajaj retail outlets.


The Pulsar 135 may have failed to sustain consumer excitement but the model has been doing well in export market. The budget Pulsar model however has not yet been phased out from India.


Similarly Bajaj Auto, which is also India’s biggest two and three-wheeler exporter, has been making the Qute (RE60) quadricycle since the past many months but the model has seen a retail launch in India as yet. Exported to over 10 countries including Turkey, Kenya, Liberia, launch of the Qute is stuck in public interest litigations now heard by the Supreme Court.


Mahindra Two Wheelers, the motorcycle and scooter making subsidiary of Mumbai-based Mahindra & Mahindra, makes a budget motorcycle Arro solely for the export market. Though M&M has faced very little success in this space in the domestic market the company exports the Arro, a 110 cc bike to Africa.


Japanese bike major Yamaha is also in this list with exports of the YD125 model.


Markets like Africa, Latin America, the Indian sub-continent and to some extent south east Asia where the traditional Japanese heavyweights like Honda, Yamaha and Suzuki do not have a strong presence are now being targeted by Indian brands.


Indian products are priced competitively in these markets and many of the companies are now exploring setting up satellite manufacturing or assembly centers to make them even more cost-competitive.