Two-wheeler sales growth to be 13 per cent this year: TVS 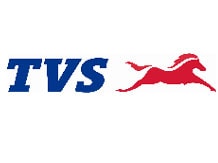 The country’s two-wheeler sales are likely to be in the range of 11-13 per cent this fiscal year, led by higher demand for scooters and 125 cc economy bike segment, according to TVS Motors.

“We expect monthly two-wheeler sales to be 25 per cent higher at 185,000 units as against the last year's average of 148,000 units; and the annual sales to be 2.2 million as against 1.8 million units last fiscal,” said Srinivasan. Overall, TVS expects a market share 14 per cent in two-wheelers, he added.

In terms of scooters, the company aims to clock a growth of 40 per cent at 70,000 units this year, when compared with 50,000 last year. Srinivasan said any affect of looming El Nino on the rural two-wheeler demand would likely be seen in the next financial year.

To a question on capital expenditure for the current fiscal, Srinivasan said the company had no investment plans this fiscal as it was having a capacity to manufacture 280,000 units. For TVS, South India contributes close to 50 per cent to the entire sales. The company’s two-wheeler exports, predominantly to Asia and Africa, stood at 25,000 units every month, and is growing 30 per cent.