Two-wheeler makers line up launches for 2013 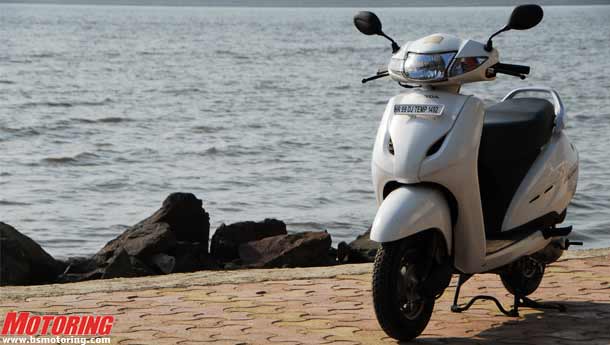 HMSI, which has the second highest two-wheeler sales in India,is waiting for its Karnataka plant, which has a capacity to churn out 1.8 million units a year, to be operational. The new plant, which will open in the ensuing quarter, will allow the company to expand its retail presence.

Yadvinder Singh Guleria, vice-president (sales and marketing), HMSI, said, “The slowdown has had no impact on Honda products. The demand is such that we have no stock in our plants right now and the Activa is again carrying a waiting period of more than 15 days.”

While Yamaha is setting up a new plant near Chennai, Hero MotoCorp, India's two-wheeler market leader, says it is on course to set up two new factories and an R&D unit. Mahindra 2 Wheelers is also pumping in capital to boost its presence in the segment.

Mahindra and Bajaj Auto kickstarted the new year with launches in the first week itself and a promise to follow up with several other products during the course of the year. Similarly, others in the pack will launch at least two-three new products and upgrades during the year.

The two-wheeler industry is ready with investments of more than Rs 8,300 crore towards these activities.

Operating at 100 per cent capacity, HMSI's two existing plants in Haryana and Rajasthan with a total of 2.8 million units are struggling to fulfil demand.

India’s scooter and motorcycle manufacturers have registered a modest growth of 4 per cent in the current financial year (till November), well short of the target of 11-14 per cent. However, this has not kept the two-wheeler makers from making investments towards new factories, technology and products.

For now, Pune-based Bajaj Auto, India's second biggest two-wheeler manufacturer, has adopted a wait-n-watch approach before finalising plans for further investment to augment capacity. It has a capacity of 400,000 units a month for two-wheeler and is operating at 80 per cent utilisation.

When asked if Bajaj Auto will invest for enhancing capacity Rajiv Bajaj, managing director of Bajaj Auto, said, “We are contemplating it in our minds because we are (operating at) 80 per cent capacity (now), but in terms of numbers it is 320,000 vs 400,000 and the future is uncertain. The current level of demand does not encourage us to actually put money on the ground and invest in a new plant but as soon as 320,000 starts looking like it is going to be closer to 400,000, we will look at it".