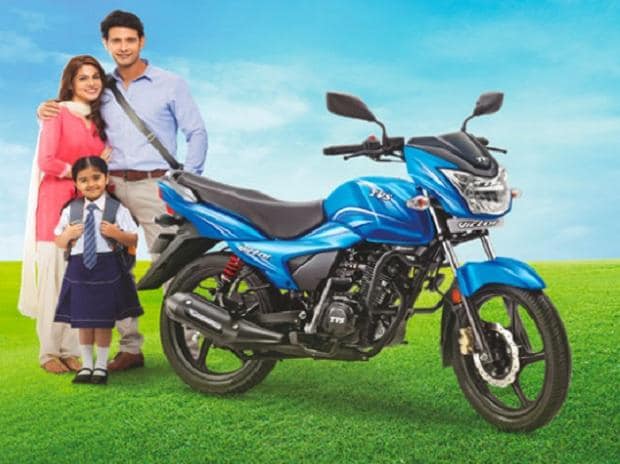 The company reported a revenue growth of 23.5 per cent for the quarter under review. Revenue excluding excise duty and GST grew to Rs 36.85 billion (Rs 3,685 crore) in the quarter ended December 2017 from Rs 29.84 billion in the year-ago quarter.


K N Radhakrishnan, CEO, TVS Motor said that he is bullish about the fourth quarter on the backdrop of good monsoon, which he says was satisfactory, stabilisation post GST.


Radhakrishnan added that the tax rate YTD rose to 27.6 from 23.6 last year, due to the weighted reduction in R&D expenditure from 200 per cent to 150 per cent, and completion of tax incentives in Himachal Pradesh plant.


Operating EBITDA was 7.8 per cent compared to 7.3 per cent last year.


He said the company is ramping up supply of Apache RR 310, a super premium bike, following good response to the vehicle.


Jupiter and Zest in the scooter portfolio were strengthened and the Victor Motorbike portfolio had a new premium edition in January this year. "We are planning to launch two models -- one scooter and one motorcycle," said Radhakrishnan.


On rising material costs, he said the company is introducing a number of cost pruning initiatives. "We are constantly reviewing the position and are taking appropriate counter measures. We will be also be looking prices hikes," he said.