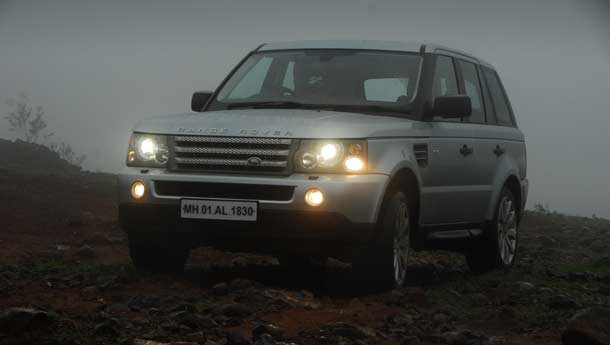 Sometimes old ideas could be the answer for new challenges. Tata Motors-owned luxury car marker Jaguar Land Rover has been reminded of this the hard way. The company is planning a 2WD (two-wheel drive) version of its new compact Range Rover car, that will go on sale from next year.

The new model would be cheaper than its four-wheel drive peers, offer better fuel-efficiency and lower carbon emissions. A company spokesperson said that the company used to make a 2WD Land Rover right back at the start, in 1948.

Land Rover Managing Director Phil Popham said: “This is good news for the company and for our customers. We are adding to the range and expanding our customer base. We will continue to make the ‘World’s Finest All-Terrain Vehicles’ for those customers who require 4WD but will offer an alternative to those that don’t. 2WD is also an important way to deliver improved vehicle efficiency.” The new model will come in a 4WD version as well. The company has not decided on the price options for the new models.

The company spokesperson further said that against the present 42 miles per gallon fuel efficiency, the new 2WD version is expected to offer 50 miles a gallon. The vehicle will also emit less than 130g/km of carbon dioxide, making it the lightest, most fuel-efficient Range Rover ever.

As part of the introduction of 2WD, Land Rover will be focusing on three main areas of technology to reduce the weight of these vehicles, reduce parasitic losses and increase power train efficiency. The use of hybrid technology is also part of the significant developments for the larger vehicles in the range, with a view to launching the first diesel hybrid by 2013.

By the end of 2010, Land Rover will be testing the first diesel hybrid prototype, named the 'Range-e', being developed using a Range Rover Sport platform. Tests of this vehicle will use the existing 3.0 litre TDV6 diesel engine, featuring a ZF 8-speed automatic transmission.

Popham added: "The investment in and the success of the latest 2010 model range, including comprehensive exterior, interior, power train and technology improvements, are integral to driving this momentum. Demand is, in fact, so strong that we have just announced 275 new jobs at the Company’s manufacturing plant in Solihull.”