Twinspark comes to the Electra 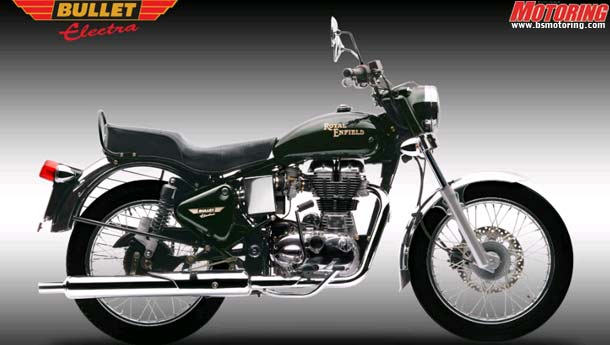 Times have changed and even the old guard must move on. Royal Enfield, the marque that produced the oldest, yet brand new, motorcycles in the country have put to rest their cast-iron engined models. The company has re-launched the Electra which is now powered by the twin spark UCE motor. UCE which stands for Unit Constructed Engine, was first introduced in the Thunderbird Twinspark and now powers all the models in the Enfield lineup.

Although hard-core Royal Enfield fans might be up in arms, even the last bastion of the 'real' British motorcycle, the Standard 350 that held its ground against the onslaught of time and model evolution with its right hand 4-speed Albion-designed gearbox, is no more. We expect the Standard 350 to be launched shortly with the UCE motor.

Why? Well, emission norms are the biggest factor. It was getting difficult to shoehorn the existing cast iron engines to meet the exceedingly tighter exhaust norms and it was imperative that Royal Enfield come up with a whole new engine.

Yes, the engine's new but the good folk at Royal Enfield haven't forgotten their roots nor heritage. The UCE is designed to imbibe some of the virtues of the old engines like that massive torque and the thumping sound. The improvements in efficiency, performance and reliability are significant as well.

The Electra is priced at Rs 89,846 for the base model while as the one with the front disc brake will cost you Rs 93,846. Both prices are ex-showroom, Chennai figures.