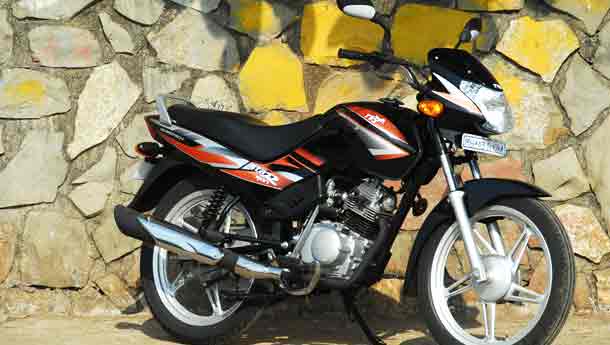 Some people love numbers. Marketing men for one do,as Scott McCormack, veep, marketing, sales and service at Ford India exhibited to a couple of us journalists at their plant, on the outskirts of Chennai. ‘The new Endeavour has 75 per cent new parts, a localisation level of 30 per cent, has 28 per cent more power, 22 per cent more torque, scores a fuel economy that is 22 per cent better than the outgoing model and should be 5-10 per cent more expensive too.’ No, he didn’t say the last part, but it might be true, since by the time this issue lands in your lap, the new Endeavour will be out with some sort of a price hike.

Price hike or not, this is the new Ford Endeavour, and er, not many people would turn around and do a double-take in an instant. It’s still very much the same lumbering SUV, except if you notice that the front-grille is deeper, the headlamp design has some modifications, the bumper has new slots for fog lamps and a different air-dam, besides the missing side-cladding on the doors and minor changes to the rear.

Yet 3/4th of the parts are new and I must say, on first impressions, the reduced chrome and cleaner body panels have somewhat made the car a bit devoid of presence and character that the old Endeavour had in scoop-fulls. The biggest (and the best) changes though are to the engine and interiors, and they do rescue whatever little charm has been lost at the hands of an overzealous design team.The 2.5-litre turbodiesel on the previous Endeavour was a bit of a slow poke. Hauling 1,800 plus kg of metal, plastic and human mass was a tall order as the crankshaft sputtered 111 bhp. There was a fair bit of lag, not much movement and aching triceps, as the brute behaved more like a Bulldog than an Alsatian. But if common-rail and common sense go together then the new TDCi is about to dispel that notion to the bottom of a ravine for good. Like I said earlier, numbers can be fun and here too five kgm of extra torque has made all the difference. Not only the common-rail head, but the variable geometry turbine, made ever so famous by the Porker (911 turbo) too has made a difference. What it has done, is provide 29 kgm of torque from 1400 rpm, going to a peak of 33 kgm at 1800 rpm and staying in the region of 30-33 kgm till around 3300-3500 rpm, before dipping. Add another 30 bhp to the picture and the Endeavour can keep the lighter Hyundai Tucson within its sights. The five-speed transmission uses a dual mass flywheel to remove gearshift judder and smoothens clutch operation.It all spells much better performance on-road too.

Driving out of the factory and on to NH45, the Endeavour felt quick throughout. Whether it was going from 80-120 kph in fourth gear, doing standing-starts or just cruising at 80 kph, the unit felt very unstressed. The flat torque curve over a wide band made it feel much better than the outgoing model’s where the power would jump in at around 2000 rpm and the story would be over by 3k clicks. The turbo kicks in at around 1800 rpm and there’s virtually no turbo lag in play, just another regular pat on the back of the VGT. While we drove on the lush flat-out dual carriageway that is the national highway, the wide curves gave a hint of how the car felt tauter, better planted and faster to turn-in as well. And thankfully for us, Ford had organised a couple of the old turbodiesel Endeavours too, to gauge the dynamic improvements. Employing new, wider rear dampers, an increased leaf spring length and the adoption of a stabiliser at the rear might not provide all the dynamic improvement, were it not for the new chassis design. Using a cross braced ladder frame, instead of the typical H-type frame means it is as good on-road as it is off-road. And off-road we surely went.On a specially designed track that featured a couple of bumps, dips, rocks and a nice flat mud-track, the Endeavour was in an element of its own. The new suspension has made the ride plusher, despite use of new 16-inch wheels. There is also less of the low-speed stiff-ride characteristics that one used to associate with the ol’ Endy.

But, if there is anything that hasn’t changed, those are the ride height and the off-roadability. The former was always good and the latter has only become better. With all that power, we didn’t need to crawl by the time we did our second run on the course. The Endeavour can now be taken airborne at the slightest prod of the accelerator, the torque behaving more like a caged bird wanting to set free. Setting the gear into first and hammering around the course filled the last remaining gap in the Endeavour’s off-road portfolio; power.

It’s ever willing to pull you out of the rut, even in two-wheel drive, which is where we stayed throughout the course. While we were at it, it gave me some time to check the interiors and see if Ford has made the upward climb.

There’s good news and there’s bad news. The bad news is that the lack of under-thigh support in the middle row hasn’t gone away, the last row is still meant for kids and the overall finish is a notch lower than its predecessor. Some features like seat-height adjusters, foldable electric door mirrors and speed-sensitive door locks are absent. There are also no parking sensors, a real must on a car this size. The good news though is, that the interiors look fresher, the middle-row seats have more lumbar support and the airbags are now dual stage, instead of single stage ones. The dashboard has a typically Ford, criss-cross matt design with a silver centre console that houses the stereo and AC controls. New dials with silver surrounds and a new font signal an all new instrument binnacle, but the green dials look out of place. The new, skyscraper-type centre console AC vents and the circular ones on the sides have improved the overall vent diameter, thus improving the cooling in the car. Except for the door switches, the rest are all new. It’s still spacious at the front, with all the controls falling right to hand. A new MP3 player flush with the dashboard, completes the centre-console and has decent punch.

Ford though wants to knock the senses of its competition with the new Endeavour. For one, the new Endeavour is a better car overall, and the changes are far too visible beyond the exteriors, once you spend some time behind the wheel. Expect a price hike, ranging anywhere around Rs 1 to 2 lakh. Despite that, Ford are hoping to improve their leadership position from a 38 per cent marketshare in 2006, to somewhere close to half the market. After all, these are just figures in the big numbers game. Right, Scott?