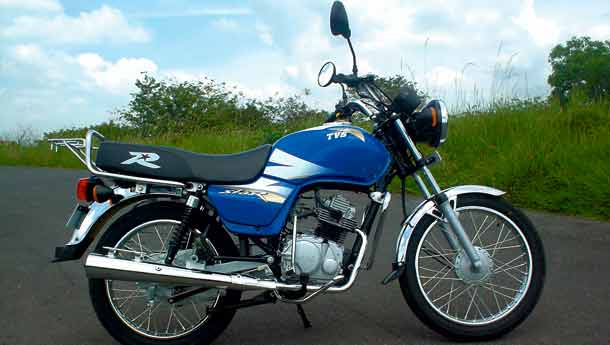 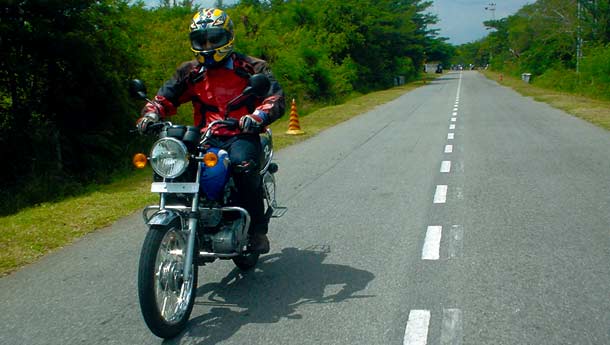 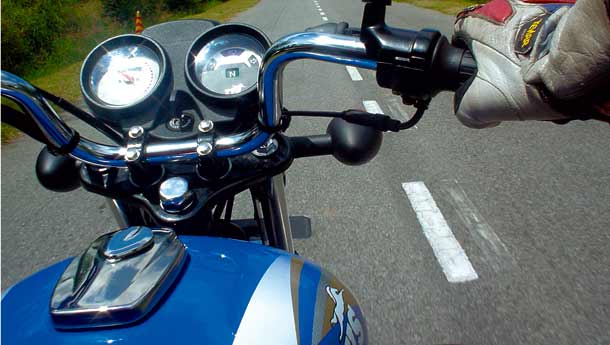 TVS’s motorcycle sales have been dipping for a few months now. However, TVS officials when quizzed about the trend seem not to be unduly concerned. You see, the entire dip is attributed to the falling popularity of the supremely reliable, well-loved and indeed, venerable TVS Max. The 100cc two-stroke has always enjoyed great sales in the vast Indian hinterland, and it is those buyers who are moving on. So, why are the TVS officials not concerned about the sharp dip in sales? Ladies and gentlemen, say hello to the new TVS Star.


The TVS Star was built on a framework based, once more, on extensive market research and clinicking. What TVS found was that the heavy motorcycle in the entry-level segment wanted to upgrade, and new customers to the segment wanted new machinery. What the buyer wanted above all was reliability and toughness in the machine. Price and fuel economy, the two factors you and I would naturally point to, were important but altogether secondary in the buying decision. Especially since all the competitors in the segment offer very similar performance levels. TVS R&D’s brief was to create a robust, basic motorcycle (codenamed N40 and now called Star,) that was frugal and by design capable of outlasting sustained abuse.

TVS started with a four-stroke engine in the vertical format, which is a more natural format for a Max buyer to progress to. Also, a Centra-style horizontal engine would have enforced a more expensive double cradle frame. The engine itself is all-new and follows the path of intake tuning to promote charge tumble (and hence combustion). TVS opted not to go the gizmo route for this engine, and the solutions towards fuel economy, rideability and performance are all low-tech good-old metalwork based rather than new age silicon-type. Armed with a single-map digital ignition system, the engine offers a class average 7.5 bhp, and 0.74 kgm. However, TVS says that the numbers don’t tell most of the story. Coupled with smart gearing, the Star is said to have a clear advantage in roll-on acceleration and will, TVS promises, outrun the competition when zipping forward in third or top from as little as 35 or 40 kph.   The engine itself is highly refined, and while there are vibes (one prototype was missing some rubber dampers in the headlight and that one was a touch rattly), they are completely absent from the bars, seat, pegs and tank, the four points that really matter. The engine revs slower than the hyper Bajaj CT100’s but feels well-equipped to handle traffic, extra loads and massive pillions. But an engine does not a rugged motorcycle make, so TVS went the rest of the way with a beefy clutch, detailed work on chain life and loads of in-depth studies of the gearbox to create a longer lasting, tough engine.

The engine is a stressed member of a strong single downtube frame that is derived from the TVS Victor. The Victor was always a good (a bit flighty perhaps) and agile handler. From this point, the Star evolved into a motorcycle with a longer wheelbase for stability. Tucking the steering back in by 1º helped lighten up the steering for effortless lunar surface navigation, and for easy traffic slicing. Sketch in well-tuned suspension and you have the picture.

The Star feels composed through almost any kind of terrain you can dream up. Broken roads at 10 kph and at 70 kph fail to deflect the motorcycle off its line. At slower speeds, where each bump becomes quite a pronounced shock, the Star just transmits a series of shocks like small ripples in a pond. Ride quality is really quite good. However, it isn’t a big softie either. The TVS tyres it is shod with are the same tread pattern as the F2 but are geared towards more off-tarmac grip. And on tarmac, they pretty much stick with you all the time. Cornering through TVS’ test tracks long loop, the Star feels planted and stable. Far more than I would expect from a motorcycle intended primarily to flesh out a manufacturer’s bottomline and ferry the owner’s flock of clucking chicken to waiting kitchens.   Through all of this, the primary impression you get is the one TVS has been carefully working towards achieving. The Star feels solidly built. There are carefully added in cues to this which help. The large 16 litre tank isn’t really needed because at 75 kpl in daily use, the Star will have a mind-boggling range of 1200 km. It reinforces the idea of size and toughness. The chrome mudguards enhance the perception of value as do the simple but modern meters. Every time you find a piece of tubing that looks hopelessly over configured, you remember that it’s part of the Star’s coiffure.

On the whole, I liked the bike. It isn’t terribly exciting to ride and the CT100 remains the undisputed wheelie-monster in the segment. However, the Star is built to take on a humble workhorse type of role, and that it promises to do well.However, all is not well in the spec sheet. For starters, I don’t like the idea of anything capable of over 80 kph having bare-bottom 110mm drums. The Star’s drums are quite good per se, but a 130mm drum, at least for the front wheel is an absolute must. And like the TVS man said, the incremental cost really isn’t substantial. When I asked about the missing pass-flasher and the engine kill switch, they said that no one in the intended profile would ever really need one. Right. By that logic, pilots shouldn’t have to carry parachutes with them, after all, they hardly ever use them.

But all of these cribs pale next to the pictures of riders going three up. Driven by market research, TVS’ Star has a composite heat shield that begins aft of the pillion footpeg and extends all the way to muffler tip. Then you notice the extra inch gap between the grab rail and the seat… that’s an obvious effort to accommodate an illegal third passenger on the bike. Which, to me, is the same as selling sharpened pencils for cleaning out ears; after all, many people have and will use them as such. My point is, dominance on market survey sheets doesn’t make the practice safe. Rider safety must be paramount on manufacturers’ design briefs. Else they’re only adding to the alarming death toll on Indian roads, whether directly or indirectly. But as you can see, apart from my concern on safety taking a back seat, the TVS Star really is a nice, straight-forward and capable machine. TVS refused to claim an official fuel economy figure but 65-70 kpl in daily use should be possible.

TVS will launch the Star in another three weeks’ time and will announce the final pricing at that time. For now, all TVS is willing to say on the subject is that the price will be ‘wonderful.’ The company expects to sell around 30,000 Stars a month, with the Max’s falling sales stabilising at around 7,000 for now. The Max will exit the line-up when its hardcore fans also move on. As far as the sales of TVS go, that’s about to change.