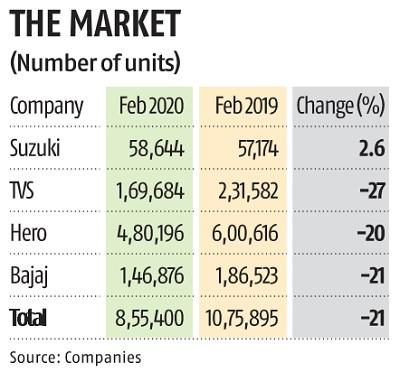 
TVS said that as planned, the company is on track to reducing dealer level BS-IV stock in the domestic market and is confident of retailing it this month. In addition, the outbreak of coronavirus (COVID-19) has led to an impact on the supply of certain components for the production of BS-VI vehicles. All efforts are on to normalise this at the earliest.