TVS Flame - Two for One 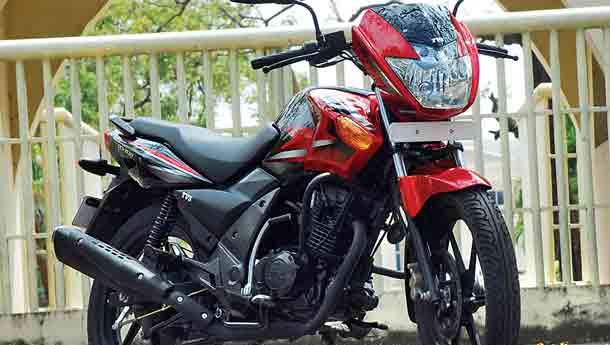 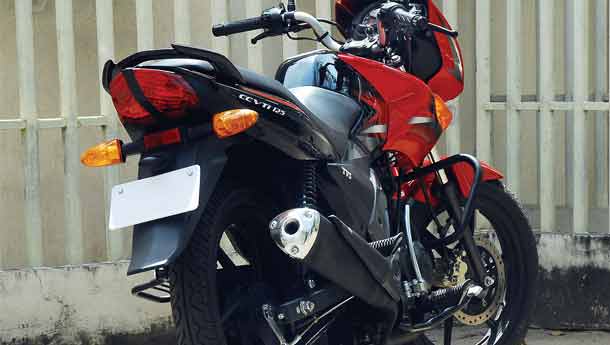 Joshua came back pretty excited after riding the TVS Flame, so when I got the call to ride the single spark plug version, I had no reason not be excited also, right? After all, almost everything is the same save for the missing plug. I could have used the word offending instead of missing, but with the court cases and all... a good pun in a bad place. Where was I? Oh yeah, the Flame.

Visually, the Flame looks the same. And definitely not tame. Er, sorry. The Flame sports a new look from TVS, this one composed of lots of wedges moulded together into a very fetching shape for a 125cc commuter, I must say. Where triangles didn’t work, triangulated decals have sorted the issue. The result is eye-catching. The TVS looks a lot more striking in the flesh and to be honest, I for one think the styling could easily have hosted a far larger engine without looking out of place. Sigh.

On the engine front, TVS explains that initially the twin spark flame arose out of the fact that AVL, who developed the two-spark-three-valve engine (and not just for TVS either) had an international patent for that format. They simply licensed the tech to TVS. Since the court battles began, TVS managed to develop a single spark plug version of the three-valve engine. In production form, TVS claim no loss of performance at all and some journos who had ridden the earlier version with Josh said that the engines on the new Flames definitely felt smoother.The CCVTi business itself is simple. The inlet path from the carburettor is split into two halves, just like the average passenger aircraft fuselage is split – top half into the passenger cabin and the bottom into the cargo area. In the Flame, the top half feeds one valve (which they call the power or tumble port) and the bottom feeds the other intake valve (which they call the swirl port). The engine, essentially, operates on a high efficiency two-valve layout till the carb slide starts feeding the upper half. The tumble port opens and closes all the time, but until the slide rises high enough, there just aren’t any gases coming in.TVS says this allows extremely high efficiency in part throttle conditions, as well as great performance once revs rise. The Flame claims 10.5 bhp – Honda Shine territory – with 65 kpl to boot.We only got a short ride on the bike, but yes, it does go pretty nicely. I wouldn’t say the engine is refined or quiet, though. Brand new though they were, the two Flames I rode had loud engines that did sound stressed. And notchy gearboxes too. But they were completely new bikes, straight off the factory floor, so we’ll reserve judgement on refinement till the test.   I do have one bone to pick, though. I think TVS should have given the Flame a five-speed gearbox and a tachometer to go with the performance image that they are aiming for. And an all-up gearbox is another annoyance. A one-down, three-up would have been a bit safer.The 1,320 mm wheelbase makes the Flame the longest TVS between the axles. That is one of the components of the Flame’s fluent handling. While we only had two U-turns and two dusty chicanes to work with, the Flame did show all the signs of a quick steering, stable handler, so that’s one more thing I’m looking forward to trying out when I get the bike. Ride quality should be good, kerbs were jumped without any bother and the brakes are nice too. As usual, I thought the brakes felt a bit dead in the hands – more feedback and a little more initial bite please – but did not lack power.

Fit and finish levels, finally, are TVS-good and that little cubby they’re calling the gadget boot is actually a pretty neat idea. It will hold, um, a sunglasses hard case, an Ipod and maybe a little more. The lid doesn’t really fit flush but comes very close. It pops open with a scooter-like reverse twist on the ignition key.

TVS, for its part, expects to start at about 15,000 Flames a month, eventually settling at about 30,000. To that end, the Flame has been priced at Rs 46,000 approximately ex-showroom across the country, which is in the ballpark and on the lower side.On the whole, styling is a big part of the Flame’s game. Oh no, here we go again. The look is pretty different from anything else in the market right now and no matter which angle you look from, it is a machine that will catch your eye. It’s had enough publicity already, of course, so now we have to see how it does in the market.