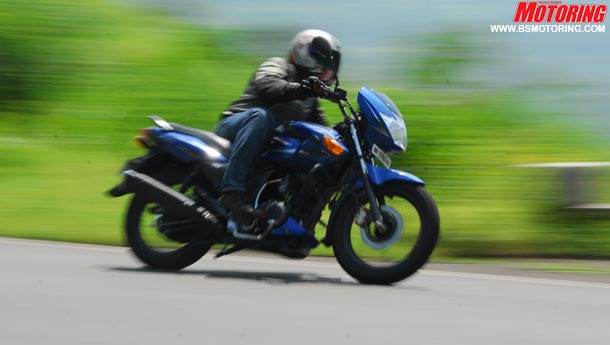 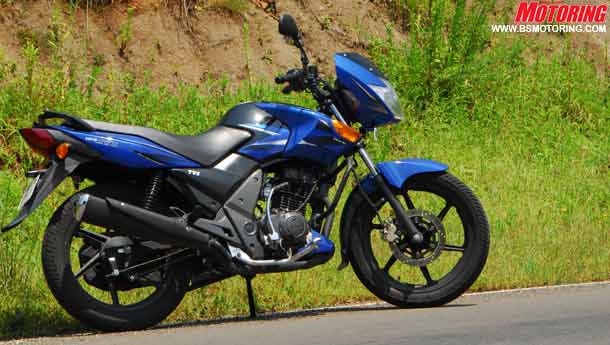 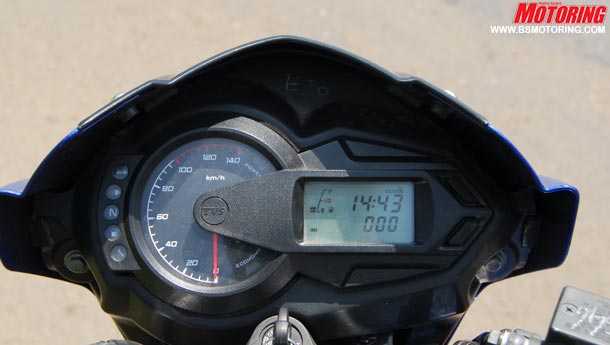 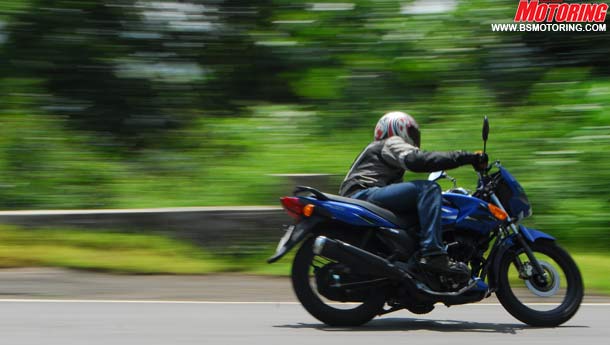 SR125. Catchy name, huh? Sounds like a face warping race-replica - alas, it isn’t. This updated TVS Flame is a result of the ongoing battle between Bajaj and TVS over the beloved and oh-so-unique Twin Spark technology. The court order, until recently, barred TVS from screwing in two spark plugs into their 125’s engine. However, a judgement passed on September 17 allowed TVS to sell a twin-spark Flame, but it was bit too late by then. TVS probably expected a typically Indian 10-year wait before the judgment and so, they quickly rolled out a single spark plug Flame before the court order came out, tidied things up a bit and badged it the SR125. So, is it a step ahead or a step backwards?    The old Flame (he he) was a neat looker and even though it performed pretty decently on most fronts, lack of refinement was an issue. The new SR125, though, is nothing like that. Here at BSM, in our quest to test motorcycles in all possible conditions and give you a supreme review of the same, we rode this motorcycle everywhere. And even though most of it wasn't exactly by choice (different story altogether), the Flame fits its commuter job description el-perfecto. It was surprisingly good fun in the twisties and even better during the LOADS of jammed-up city riding that I did. Tuned to make most of its torque down low and in the mid range, this single plug 125cc TVS makes commuting painless. It’s just a step or two down from being Stunner FI-smooth and that’s saying a lot, a marked improvement over the earlier generation. This 3-valve single from TVS, developed with AVL (Austria), claims to ideally balance the tumble-swirl port combination to deliver better rideability and more efficient fuel consumption. And while that makes it sound confusing, it does work in the real world.   For a 125cc commuter, forward progress is nothing to complain about. Get through the gears quickly and you reach and settle into the 60-70 kph zone with acceptable vibes through the bars or the pegs. All well and good for the city, though, at the same time, downright depressing out on the highway. A Mumbai-Pune highway run left me as bored as a terrorist at a peace conference and just to avoid dozing off, I ended up counting 100 to 0 backwards about a hundred times, I think, along with some Peter Piper tongue twisters at warp speed. But then, maybe I’m being unfair, as my judgment is being clouded by my last trip on an R15. The Flame holds about 85-90 kph when you really push it and for the target 125cc consumer audience, I think its spot on.   The one thing that really left me impressed was the handling. It’s effortless and very neutral, and the new 100/90 tyre at the back makes it grip well in dry conditions. It being a TVS, handling is well-sorted and drama free. Talking about drama, the front tyre and disc upfront put up a show at every braking point, where the excellent feel and powerful disc have the front tyre howling away like a stray dog that has just had its tail stomped on. Of course, nice PETA-grade people like us would never do something like that, but hearing that squeal all the time is just irritating.   Other likes and dislikes? Thumbs up to the comforting riding position, the more-useful-than-you-think cubby hole in the tank, the 60-65 kpl+ fuel economy, the well-designed meters and the sharp styling. Dislikes include the top-speed limiting lack of a 5th gear, the occasional clunk from the gearbox, the squeaky front tyre and the slightly odd tank indicators. But as a whole, it’s comfortable, refined, cheap to run and priced at Rs. 47,550 (ex-showroom, Mumbai) - just what the buyer wants and exactly what TVS set out to do. And while the flame wars between manufacturers continue in court, this new Flame looks potent enough to heat up things in the 125cc segment, and that too with just one plug.