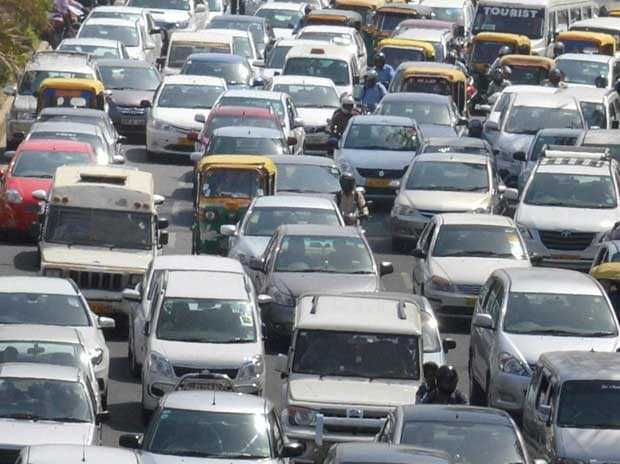 The commercial vehicle industry, an unintended victim of the 2,000cc diesel vehicle ban in the national capital region (NCR), remain a victim while the car makers (for whom the order was meant) have started sales after agreeing to pay one per cent cess. The road transport authorities in NCR have not been registering diesel medium and heavy commercial vehicles (M&HCV) for more almost eight months now. The region accounted for 7-8 per cent of the country's M&HCV market.

Registration of diesel trucks has been banned in the national capital territory for some time now. The current confusion impacts satellite cities like Noida, Gurgaon and Faridabad where the RTOs had stopped registering diesel trucks with engine of 2,000cc and above after a Supreme Court order in December last year banned registration of 2,000cc diesel vehicles (meant for passenger vehicles) to curb pollution. On August 12, the court lifted the ban allowing diesel vehicles sales to resume after car makers agreed to pay a green cess of one per cent on ex-showroom price of such cars.

When asked if the company has commenced sales of M&HCV in the NCR, Ravindra Pisharody, executive director (commercial vehicles) at Tata Motors said, "The CV problem is more acute. When we went to the Supreme Court seeking clarification, they said we never mentioned commercial vehicles and did not clarify. Now the one per cent cess has been clarified for diesel cars above 2 litre engine. Till yesterday, we were trying to convince the RTOs to register commercial vehicles in the NCR. With or without one per cent, it is not happening. Cars are paying one per cent and getting registered. CVs are not".

Tata Motors is the country's largest truck maker. As far as we know when the ban was imposed initially it was never meant for commercial vehicles. But the RTOs stopped registering, he said. Surprised by the whole issue, Pisharody told Business Standard on Wednesday, "We are wondering which authority will be able to help us on this". Before the RTOs stopped registering M&HCVs, the region used to see monthly sales of approximately 2,000 units.

The development impacts companies like Tata Motors and Ashok Leyland. Large transport companies that operate out of NCR also have offices in other states and are forced to register vehicles in such states. M&HCVs currently follow the Bharat Stage III emission norms unlike cars that conform to BSIV norms. From next April, all new commercial vehicles will have to meet BSIV norms. The non-registration of M&HCVs while creating problems for the industry and transporters also causes a revenue loss for state governments.