Triumph Motorcycles to begin exports from India in FY18 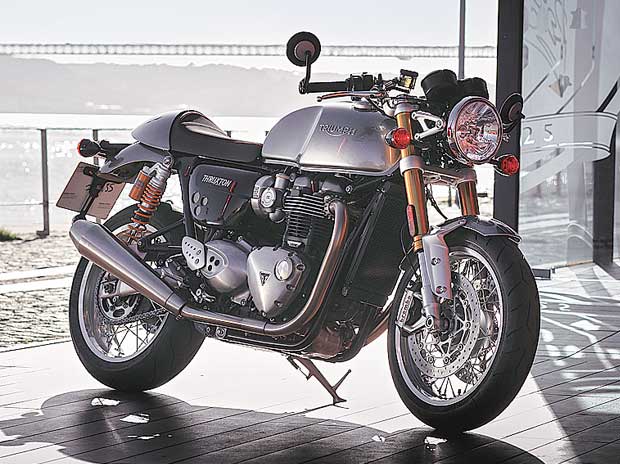 The UK-based luxury motorcycle manufacturer Triumph Motorcycles plans to start exports from India as it plans to increase the completely knocked down (CKD) assembly of its products in the country to 90 per cent in FY18, from its current level of 20 per cent.

At present, the company has a CKD assembly facility at Manesar and Haryana. The bike manufacturer plans to start exporting to Nepal in FY18.

"In the first phase, we will be sending motorcycles to Nepal in the next four to five months", said Vimal Sumbly, managing director, Triumph Motorcycles India Pvt Ltd.

Now, it is betting big on bagging dealerships in tier-II cities such as Guwahati, Jaipur and Mangalore.

On the impact of the goods and services tax (GST) on premium bikes, he said, the company has almost absorbed the prices.

"Out of our 14 dealers, prices have been reduced in five outlets, while they remain same in five other dealerships handled by the company. However, prices have increased in two dealerships located in Delhi and Chandigarh," he added.

The motorcycles with engine capacities greater than 350cc now attracts a total tax rate of 31 per cent- a GST tax of 28% along with a 3% cess.

The company aims to double its customer base by 2020 from its existing number of 4,000 customers.

While the overall market for motorcycles above 500 CC, is growing at a compounded annual growth rate (CAGR) of 24 per cent in the last 2-3 years, we have grown by about 26 per cent within that segment, he added.

The company is relying on a three-pronged strategy to drive sales growth that focuses on assembling in India, acquiring dealerships in the right market and providing improved after-sale service.