Triumph in India: When & how much? 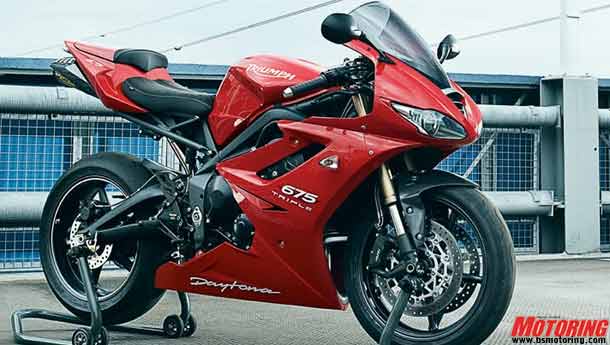 Eager to cash on the booming demand for luxury vehicles in India, Britain-based Triumph Motorcycles is gearing up to launch its range in the country before the end of next year.

Over a 100 years old and headquartered in Leicestershire, it was in talks with several domestic entities in India for a marketing and distribution tie-up, but has since decided to form a subsidiary for the launch.

The company has appointed Ashish Joshi, who was head of European operations at Royal Enfield, as its managing director.

Nick Bloor, chief executive, Triumph Motorcycles, UK, said: “India is a very important motorcycle market and Triumph has assessed it carefully before deciding to step in. We see it as the next step in our global business model. The appointment of Ashish Joshi is a signal of our seriousness about success in India. I look forward to comprehensive growth from the Indian market.”

Triumph manufactures a variety of motorcycles under the segment of roadsters, supersport, adventure, touring, classics and cruisers. Its engine sizes range from 675cc to 2,300cc. It rolled out its first motorcycle in 1902 and has since achieved a legendary status in the two-wheeler space.

“Because we are very early in the process of establishing our operation, I am unable to give exact information on when our products will be on sale. However, it is our objective to be on sale during 2012. We are in the process of establishing our own company and are not involved in any joint venture with existing distributors,” stated a company spokesperson.