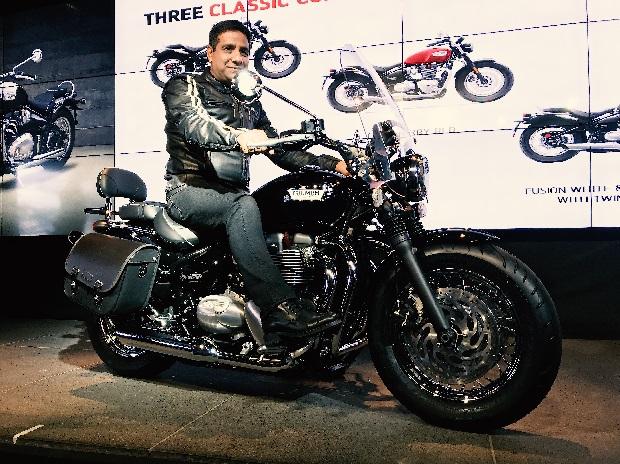 British motorbike maker Triumph Motorcycles has launched the Bonneville Speedmaster in India at a starting price of Rs 11,11,500 (ex-showroom). Though a cruiser, the 1,200cc Speedmaster is built on the blueprint of the Bobber with some major design changes to suit the cruiser characteristics. The hybrid, therefore, is touted as a classic modern, instead of a cruiser.

Currently, the company’s classic modern portfolio has six bikes – the Street Twin, T100, T120, Street Scrambler, Thruxton 1200 and Bobber. And the Cruiser portfolio has two bikes – Thunderbird and Rocket III. Apart from the Speedmaster, the company is also expected to launch two more bikes in India this year, probably in the adventure & touring segment.

The Speedmaster has a 1,200cc, liquid-cooled, parallel-twin, eight-valve engine mated with a six-speed gearbox. The fuel-injected motor churns out 77PS of power at 6,100RPM and a peak torque of 106Nm at 4,000RPM.

While the front looks similar to the Bobber, the rear gets major changes. The Speedmaster has a dedicated pillion seat, saddle-based rider seat, wide and swept-back handlebar and forward placed foot-pegs – all these add to the cruiser characteristics, over and above the modern classic characteristics of the Bobber.