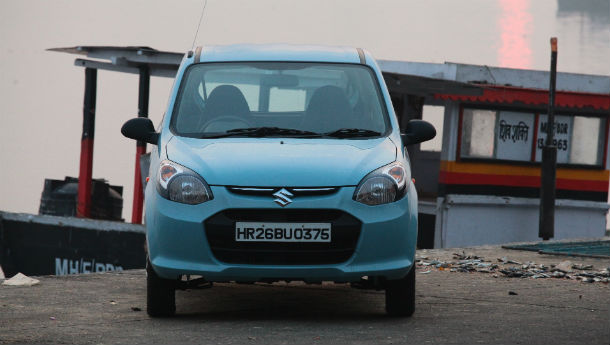 There is surely a reason behind film censorship. You know, the sort that calls for list-minute crop-outs with reference to intense violence and other things that cannot be mentioned here for, well, censorship issues. Violence is, like it or not, a fundamental part of society - even the many great wars that have been won in history are, essentially, acts of violence, right? Violence in the movies, it is said, is an acknowledgement of the act, while glorifying it and perhaps even recommending it to impressionable minds. This is why you don't actually see how an innocent black man is brought to the end of his life by Edward Norton in American History X on late night HBO. It's a heavy shove on to the pavement, and after an amateur edit, a man lying in a pool of his own blood. Which, then, leads to an unfortunate jump-over to a torturous Idea commercial. So, to get to the point, censorship exists because certain visuals and experiences are unpleasant and hurt the sensibilities and morals of the audience.

In the same way, then, I do not imagine a more gory sight on my everyday commute than to descend a flyover only to be presented with a sea of tail-lamps, stretching as far as the eye can see. In my case, the impact is a bit less, considering my vision is hampered by my reluctance to wear spectacles, but behind the wheel of a car, my left limb feels every bit of the sorrow. Clutch-1st gear-clutch-brake-clutch-1st gear-2nd gear-clutch-brake... you know the drill, don't you? Trying to overtake is pointless because you will either a) make someone really cross or b) scrape the sides of your car or c) do both at the same time. The sensation that every other lane except yours is making more progress because 'there must be an idiot in an L-plate Hyundai Eon' is Murphy's mind-game. He wants you to have as much of a hard time as can be humanly tolerated and there's no one censoring it out for you. You have to bear every bit of it, every single day of your life, and there is censorship one the physical pain/mental stress combo you have to endure. Or is there?

Of course there is - it's called the automatic transmission. But automatic transmission robs you of fuel-efficiency, and it's expensive to produce and fix. So what? Spending extra on an automatic gearbox (to buy one, and for when it lets you down) beats spending on knee-joint operations and relying on public transport for a month, right? And there is a solution to the fuel-efficiency problem as well - just pair one to a diesel! Now, of course, diesel/automatic cars have been around for ages, but where this will work the most is in the urban runabout segment. I consider the Maruti Suzuki Alto the perfect car for the streets of Mumbai - it's perky, can seat four, and returns fuel-efficiency that beggars belief. Now, imagine a diesel/automatic Alto 800. A hassle free car made even more hassle free. Maruti Suzuki can do what it likes with trim - offer a no-frills base version, or a loaded to the gills (with body graphics and 'Sports' engraved in the headrests) - but just make the car already!

Even if it returns 12 kpl, the ease of driving a car the size of the Alto and the cost of diesel itsef is going to make life on the road so much easier. Of course, asking (on a platform as holy as BSM) for an Alto diesel automatic sounds like the highest form of sacrilege, but I don't think I have the ability to pull off a dyed-in-the-wool, Vin Diesel expression, in standstill traffic, while my left thigh feels like it's being pulled by an Airbus A380. I have mentioned, previously, that I will only ever buy a car if it was called a Lamborghini, a Land Rover or a Mercedes-Benz, but I think the Alto diesel automatic makes it to this list comfortably. There, I just said Alto and Lamborghini in the same sentence!