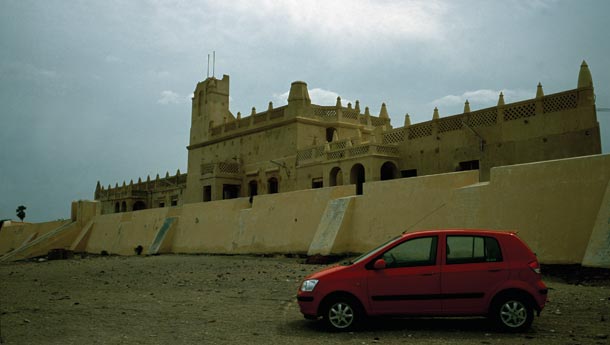 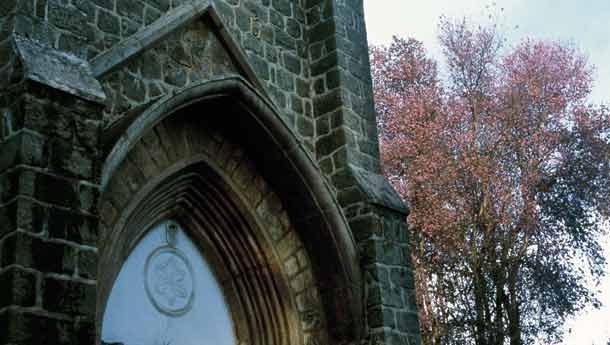 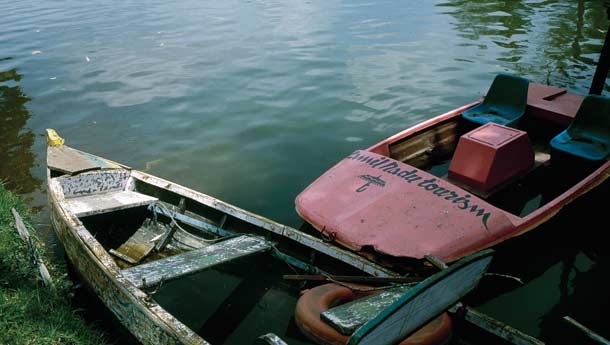 You have to hand it to the English. They sailed all the way over here, cucumber sandwiches and all, and fooled everyone into thinking that all they wanted to do was trade in a little spices and cloth. They got in good among the native rulers (most of whom displayed astonishing levels of naiveté), held their hands and cooed sweet nothings in their ears. All the warning signs of an impending train wreck were in abundant evidence, but of course everyone was feeling too thrilled about themselves to notice. The rest, quite literally, is history – the history of this country from the 16th century onwards. Before they knew what had hit them, Indians were suddenly (among other things) paying taxes on salt, being slung into jail on a wholesale basis and playing a strange game called cricket.

Quite soon, those Poms had put their size ten bootprints all over the country in a rather comprehensive manner, to the extent that even today they are the only white settlers that most people know about. No matter where you go in India, there is every likelihood of your finding a  remnant of the Raj (an old post-office, a traveller’s bungalow, perhaps a church) something which only reinforces the notion that they were the only Europeans to have landed here. They weren’t, of course. The Portuguese, the Dutch and the French all tried their hand at Build-An-Empire, with varying degrees of success. But hey, you already know all this – you read BSM, which is ample proof of your intelligence. What you may not know is that the Danish were also here. They kind of drifted in and out without making too much of a noise, in their unobtrusive Scandinavian manner, but they did leave behind some reminders of their presence in a couple of places in West Bengal and Tamil Nadu. Tranquebar, or Tharangambadi, was one such place.

Tranquebar is a really small, almost off-the-map place. I know, because I drove nearly 20 km past it before realising it wasn’t appearing on the horizon. I asked a villager the way, and he almost laughed in my face when he told me to turn around and drive right back. It was only after I finally got there that I noticed a faded billboard on the highway, next to a cluster of tea shops, saying ‘This way for Tranquebar’ or words to that effect. There was a whole lot of stuff written in Danish too, which is about as incongruous a sight as you are ever likely to see in Tamil Nadu. Still, it certainly helps to arouse your curiosity, and I drove into the little village with a sense of heightened expectation.

That was a mistake, as I discovered. Tranquebar was quite literally a one-street settlement, (the Danish section of it was, at any rate) and any visions I had of grand battlements and sprawling old buildings quickly disappeared. However, I had only myself to blame for arriving with pre-conceived notions; the place was not to be faulted. On the contrary, it was an entirely agreeable spot. I drove slowly through a superb baroque-style gate, with the Danish coat of arms on it, and onto Kongenskade, or King street. This was really it as far as Tranquebar was concerned – all the important buildings of the old Danish colony were situated here. Some, like the graceful New Jerusalem Church, were in good shape and still very much in use, while others were beginning to show real signs of age. By far the most attractive building was the former Governor’s bungalow, now owned by the Neemrana group and run as a charming boutique hotel. I decided to have an early lunch there, and while I was waiting to be served I remembered that there had been a tsunami here not too long ago. Somewhat nervously, I asked the waiter how much damage there had been, considering that the building was barely a hundred meters from the shoreline. ‘Well, where we are right now was almost completely submerged’, he said, making me feel infinitely better. ‘But that was it – nothing broke or collapsed and the water receded quite fast’. The Danes may not have made much of a splash in India, but they sure knew how to put up buildings, if they could withstand tsunamis almost 300 years later.   After an absolutely delicious fish-curry lunch, I went over to have a look at Dansborg fort, the most visible remainder of the Danes’ presence. Built in 1620 by the first Danish expedition to arrive here, it was hardly the most awe-inspiring of structures, but there was a certain weather beaten quality to it that was endearing. This fort looked like a true survivor – which, in the aftermath of the tsunami, it certainly was. There wasn’t much to it apart from a small (but interesting) museum, but I suppose that was in keeping with the history of the Danish in India – nobody really knows they were here, and nobody took much notice of them while they were here.

I think this is a pity, because from all accounts the Danes were a goodly mob. For example, did you know that the first printing press in India was set up by Lutheran missionaries from Denmark, and that they printed a Tamil edition of the Bible? More than anything else, I began wondering what might have happened had the Danes somehow become the pre-eminent foreign power in India. Would they have been as brutal as the English sometimes were? Would a freedom movement have developed or would we have been content to exist under benevolent rulers? Would Lagaan have been a three-hour movie about skiing? At the very least, we would probably have developed a refreshingly positive attitude towards nudity in cinema.

I left Tranquebar feeling a little confused about where to go next. Then it struck me – why not continue with the theme of ‘Foreigners you didn’t know were here’? The English built virtually every major hill station in the country, but the Yanks got their foot in the door first in Kodaikanal. A deft U-turn and I was off.

Kodai, as it’s popularly known, was established in the mid-1840s by Americans. Shockingly, they didn’t overthrow any governments in order to do so. They didn’t even attempt to unearth non-existent WMDs. All they did was send in some missionaries to set up a school for European children, the legacy of which can still be seen in the Kodaikanal International School. From what I could see, Kodai hadn’t been ravaged by high-rise development like a lot of other hill stations, so the prospects ahead seemed pleasant.

I might mention here that Kodai isn’t a very big place, even as hill stations go – the town has the International School as its centre, with everything else fanning out around it. As with most hill stations, Kodai is replete with picturesque walks and viewpoints, and it’s best to just take things at a snail’s pace. You could, for example, have a stroll around Coaker’s Walk first thing in the morning and catch a great sunrise, as I decided to do. Further down and just outside of town, Pillar Rocks made for a diverting trip, not so much for the rocks themselves (if you’re expecting Grand Canyon-style scenery, well, don’t) as the woods next to them. The owner of a chai shop I had stopped at had told me to have a look at Green Valley View, so I followed his advice. ‘Many people go for committing suicide’ he had said. I didn’t feel quite ready to shuffle off the mortal coil just as yet, but my curiosity had been aroused.   As it turned out, it was another pretty viewpoint, with a 2000 ft drop over the side catering to the suicide aspect of things. Fortunately, nobody’s  gone over the edge in a long time, but that doesn’t stop people from turning up in droves to have a look. Since nobody seems inclined to jump, most people settle for second-best and hurl as many plastic bottles and wrappers over the precipice as they can. There’s a sign here that says ‘Mocking of ladies is punishable’, which mystified me a bit. Still, I decided to be a good citizen and didn’t mock anyone, although I almost made disparaging remarks about a man in a pink shirt and green trousers.

Later that evening, while I was downing generous quantities of momos, I thought about the various foreign powers who had landed in India. Some, like the English, had succeeded in their efforts; others had faded quietly away, but one thing was certain – each had, in their own way, contributed to the cultural fabric of the country. The more the merrier, as they say...

TRAVEL LOG
Tranquebar is the sort of place most people don’t even know exist. It’s a tiny place on Tamil Nadu’s coast, in the Nagapattinam district. As you know, Nagapattinam town (30 km away) suffered major damage and loss of life during the tsunami, but Tranquebar was left relatively unscathed. This is great, because it would have been a great shame if the remains of the settlement had been destroyed. Like I said, there isn’t much to it, but it’s a reminder of India’s amazingly diverse past and is therefore of great importance. There’s been talk of it being declared a UNESCO heritage site, but nothing seems to have come of that as yet, and the Tamil Nadu government displays a step-motherly attitude towards it. This is again a shame, because the place has much more character than, say, the over-hyped Pondicherry. You can make a day trip here to explore the settlement if you happen to be staying in Swamimalai or Thanjavur. If your bank balance is more robust, stay at the superbly restored Bungalow On The Beach, a Neemrana property. You can also drive further down past Nagapattinam to Vailankanni (also known as the Lourdes of the East) and visit the Basilica of Our Lady Of Good Health.