Mahindra & Mahindra Farm Equipment Sector’s domestic sales in June saw a surge of 12% to 35,844 units, as against 31,879 units in June 2019. Hemant Sikka, president of Farm Equipment Sector for M&M, said this was the firm’s second-highest June sales ever. "It is expected that this demand will continue to remain buoyant," he said.

Escorts Agri Machinery Segment’s domestic tractor sales in June 2020 was at 10,623, registering a growth of 22.8% against 8,648 tractors sold in the same month previous year. “We have seen unprecedented demand in June. The industry is expected to grow significantly backed by pent-up demand of the lockdown period and better farmer sentiment,” said Escorts. The industry growth is widespread with positive trends in almost all markets barring one or two. "Our inventory levels, both with the company and with the channel, have been lowest ever. Supply chain situation, though better than before, continues to remain volatile," said the company.

Sonalika Tractors also said the company had set a new record of domestic sales of 13,691 units in June, registering a 55 per cent growth against industry growth of 23 per cent. For most automakers, this segment rose sequentially in June as majority of dealerships resumed operations.


However, cumulative sales of top five firms slipped 49.3% to 3.8 million units in June from 7.5 million units in the same month a year ago, according to data released by companies on Thursday. 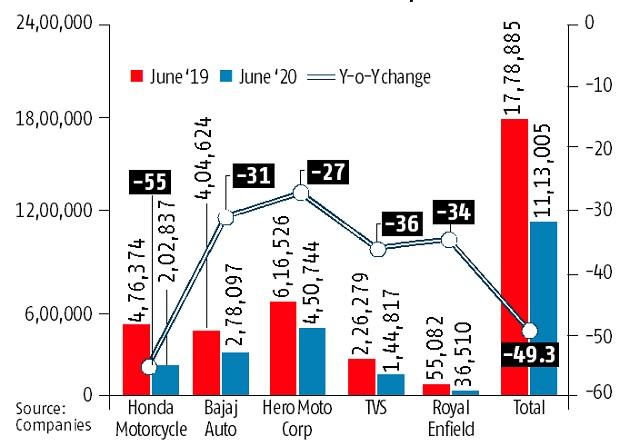 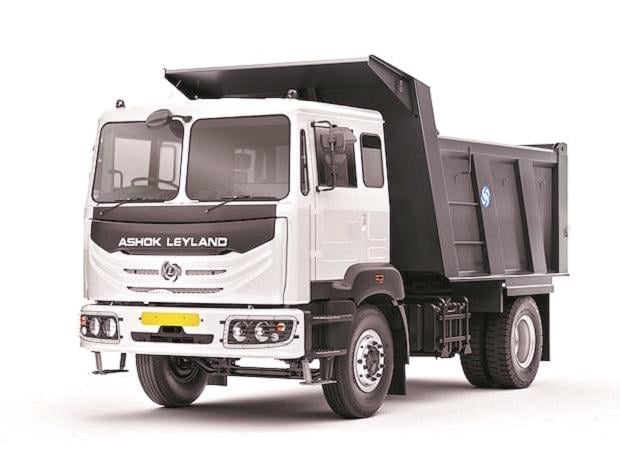 
“There are early recovery signs in a few sectors, and we look forward to a gradual pickup in demand. We continue to address the challenges of intermittent demand and supply disruptions,” he said.


Here’s a look at how others performed: 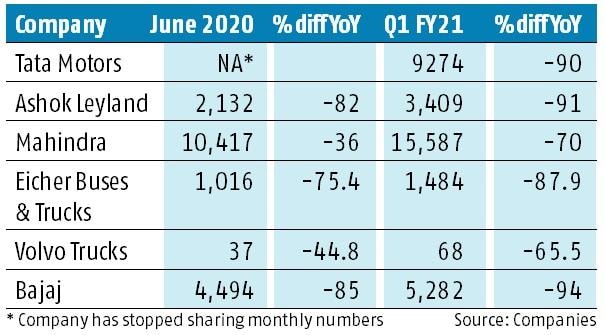