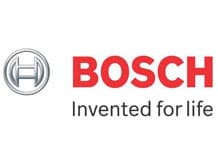 Auto components major Bosch plans to invest around Rs 770 crore this financial year on its manufacturing facilities in Bidadi in Karnataka, Nashik and R&D technology centre at Bengaluru.


The company, on Wednesday posted a consolidated net profit of Rs 376.04 crore for the fourth quarter ended March 31, had made capital investment of around Rs 480 crore in 2015-16.


"The company plans a further investment of around Rs 770 crore this year at its plants in Bidadi and Nashik for Common Rail pumps and injectors and in Bengaluru for its R&D Tech center," Bosch Ltd said in a statement.


The company had posted a net profit of Rs 287.45 crore in the January-March period of previous financial year.


Net sales of the company rose to Rs 2,635.37 crore for the fourth quarter. It stood at Rs 2,348.92 crore in the same period of the previous financial yaer, Bosch Ltd said in a statement.


"The domestic business of our company grew well above the production volumes of the automotive market again in this quarter. Exports declined due to weak demand from our export markets," Bosch MD Steffen Berns said.


The current year was for 12 months period from April 2015 to March 2016. The numbers are hence not comparable.


On outlook for the coming fiscal, Berns said the market performance of the coming quarters will be determined by factors such as monsoon, fuel prices, interest rates and speed of execution of government reforms.


"We expect moderate growth in the automotive industry and remain cautiously optimistic about the Indian market this year," he said.


He further elaborated that the business environment remains dynamic and challenging with the announcement of the BS6 emission norms.


"Through proactive investments in our infrastructure and in the competence development of our associates over the past years, we feel well prepared for the upcoming emission legislation. We are in close interactions with our customers and supporting them to define the BS6 strategies for all applications," Berns said.


The company's board, which met today, has recommended a dividend of Rs 85 per share for the year. The board also approved the re-appointment of Berns as managing director of the company for a term of two years with effect from January 1, 2017 to December 31, 2018.


Steffen Berns's current term expires on December 31, 2016. The board of directors also approved the re-appointment of Soumitra Bhattacharya, joint managing Director of the company for a term of three years six months with effect from January 1, 2017 to June 30, 2020.