Toyota is all set to bring Vios to the Auto Expo 2016. The Japanese carmaker will be entering the C-segment sedan space through this and will rival against the likes of Maruti Ciaz, Hyundai Verna and Honda City. Toyota is also likely to showcase the all-new Fortuner at the automobile event to counter the Ford’s newly launched Endeavour.

Vios is likely to be offered with features like a smart entry system, projector headlamps, automatic climate control, ABS, dual airbags, a push start system, a theft deterrent system, an immobiliser and an Eco meter in India. The Thailand version comes with a 4-speed automatic gearbox and the same is expected to make its way to India. The carmakers have now begun concentrating on automatic transmission, given the easy-to-ride factor associated with it. 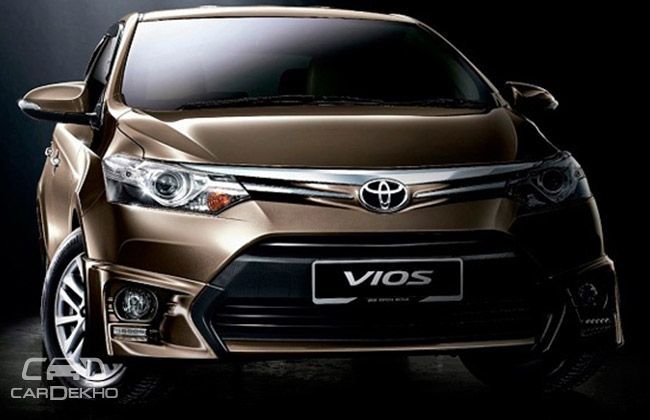 Mechanically, the C-segment sedan will be powered by the same 1.5L petrol and 1.4L diesel mills employed in Toyota Etios. While the diesel engine can deliver a maximum power of 67 bhp with 170 Nm torque, while the petrol powerhouse is capable of generating 88.7 bhp with 132 Nm. Although size can be an issue for Vios as it is comparatively smaller than its competitors, but even that depends on how Toyota manages its interiors. Likely to be priced between Rs 7.5-10 lac, the sedan is ready to give tough competition to its rivals.