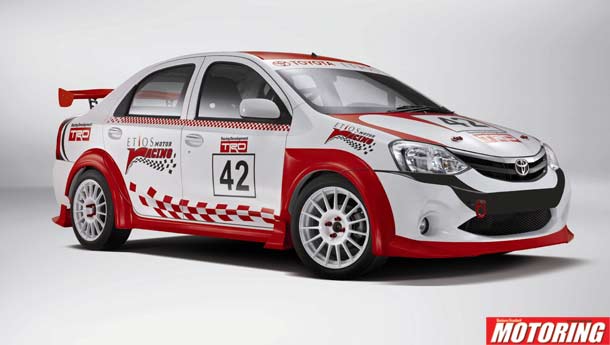 In a bid to promote the upcoming Etios Motor Racing series, Toyota is displaying the concept racers at Lakozy and Shinrai Toyota dealerships in Mumbai. While you're there, you can also take part in the various racing-related activities set-up there, like a racing simulator, remote controlled cars on a specially set-up track and there's even a learning corner for children too.

The actual racing series won't start until next year, but Toyota will use this time to popularize the brand and get some attention before it starts. Across the country, various exhibition races, road shows and events will be conducted to garner a lot more interest.

As for the series, well, the registration costs have been announced. It costs Rs 1.5 lakh for entry, which, compared to the Rs 7 lakh for the Polo Cup, is quite reasonable. However the company has not yet revealed whether or not the cost of damages will be covered by them or by the drivers. As of now there are plans for a six-race championship starting in the middle of 2013. Final driver selection is currently underway at the Madras Motor Racing Track.

Big players like Toyota Racing Development (TRD), MRF and Denso have been roped in for support. Preparations are well underway to narrow down the list of applicants. There will be three stages of selections where drivers will be filtered and at the end, the grid will be finalized. The participants will be evaluated based on their skills behind the wheel of a go-kart by a panel of judges spanning from current and past racers and rally drivers. There's some exciting times ahead indeed.