Toyota to start Etios' exports to South Africa from March... 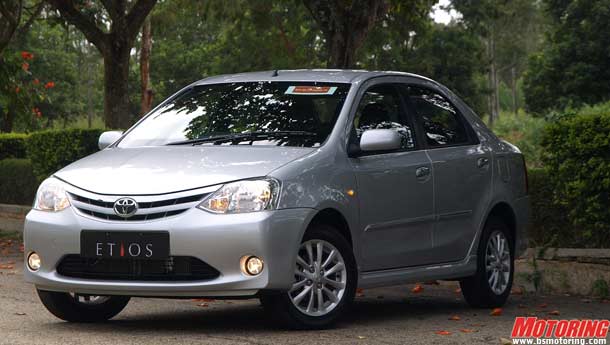 Toyota Kirloskar Motor Private Limited (TKM), a joint venture between Toyota Motor Corporation and the Kirloskar Group, will start exporting its Etios sedan and its hatchback version Etios Liva from its Bangalore plant to South Africa from March.

“We are looking at exporting 20,000 units of the Etios series annually,” Hiroshi Nakagawa, managing director of TKM, told mediapersons here on Wednesday.

Nakagawa said the domestic passenger car market witnessed a slowdown in growth in 2011, because of inflation, high interest rates and fuel price hikes. “Fortunately, our business here has not been impacted and our market share doubled to 6 per cent this year, driven by robust demand for our Etios and Liva models,” he said. TKM sold 3,943 units of Etios and 4,328 units of Liva in November.

Localisation of Etios is currently 70 per cent. Now that the company is setting up a new engine plant and a transmission facility in Bangalore, it would be able to reach 90 per cent localisation within the next one year, he added.

TKM, in which Japanese car maker Toyota Motor Corporation has an 89 per cent stake, is gearing up to introduce its Lexus range of luxury sedans and sports utility vehicles in the Indian market, which is expected to witness sales of 20,000 units of luxury cars this year, as against 15,000 in 2010. Toyota’s Lexus brand, launched in 1989 in Japan, competes with the BMW, Mercedes-Benz and Audi globally.

“We will start rolling out our Lexus brand here in 2013. Each model is being carefully studied. A decision on which model to be launched first is yet to be concluded,” Nakagawa said.