Toyota to sell plug-in hybrids from 2011 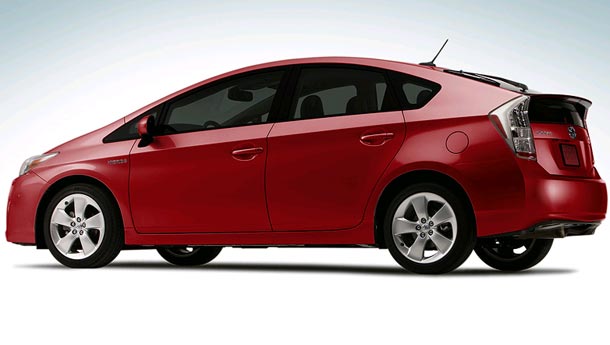 Toyota recently showcased its plug-in hybrid available for leasing this month in Japan, the US and Europe, and promised the green vehicle for sale to regular consumers in 2011 at an "affordable" price.

The plug-in Prius is the first from Toyota Motor Corp packed with a more powerful battery called lithium-ion that's different from the batteries used in Prius hybrids on roads today. A plug-in is even friendlier to the environment than the regular Prius because it travels longer as an electric vehicle.

Toyota leads rivals in hybrids, especially in Japan, where government incentives have made the Prius a top-seller for months.

About 600 of the vehicles will be introduced in Japan, the US and Europe -- 230 in Japan, 150 in the US and 200 in Europe -- over the first half of 2010 starting this month, the company said. The customers are businesses and governments. One hundred are going to the city of Strasbourg, France.

Toyota's plug-in travels 23.4 kilometres as an electric vehicle on a single charge, and gets 57 kilometres a litre in mileage, the equivalent of about 135 miles a gallon. Toyota did not provide a miles-per-gallon figure for US road-test conditions.

When the charge runs out, a plug-in starts running like a regular hybrid, ensuring drivers won't run out of power on the road.