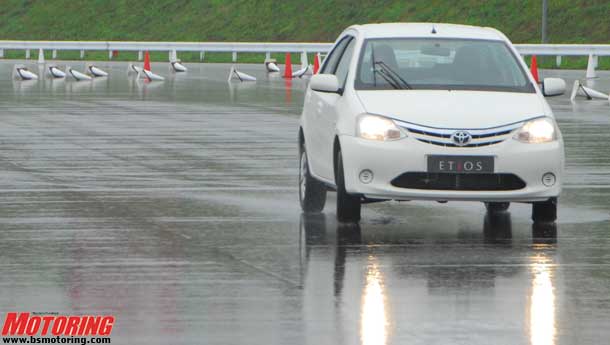 Japanese car giant Toyota today announced an investment of nearly Rs 1,650 crore to ramp up the production capacity of its Indian operations by one lakh units and to increase localisation of components by 2014.

The company, which is present in India through a joint venture with the Kirloskar Group, will invest Rs 898 crore to expand the production capacity of the two plants by 2013. Another group firm will put in an additional Rs 750 crore to set up aluminum casting and machining lines by 2014.

"Toyota Kirloskar Motor (TKM) today announced a further increase of its production capacity to 310,000 units by 2013. The expansion will come with an investment of Rs 898 crore approximately and generation of new employment opportunities," the company said in a statement.

The first plant will manufacture multi-purpose vehicle Innova and sports utility vehicle Fortuner. The second plant will roll out sedans Etios and Corolla Altis and hatchback Liva, the company said.

Commenting on development, TKM Managing Director Hiroshi Nakagawa said: "In line with the growing demand for our vehicles, we have decided to further expand production. The demand for Etios and Etios Liva has been encouraging and we are gearing up to cater to a larger number of customers."

The company had last month launched the small car Liva and it has so far received booking orders for 4,000 units. The sedan Etios was launched in December last year and received a good response from the market, forcing the company to expand its capacity earlier than planned.

TKM also said it will increase the localisation of components of the Etios and Liva, with Toyota Kirloskar Auto Parts Pvt Ltd (TKAP) planning to install and commission aluminum casting and machining lines by early 2014.

"The installation will see an additional investment of Rs 750 crore approximately and generation of new employment opportunities," it added.

The lines are to be installed at TKAP's new Etios and Liva engine plant, which is scheduled to start operations in the third quarter of 2012.

TKAP had earlier announced plans to set up an engine plant and expand its transmissions capacity to cater to demand for the Etios and Liva with a combined investment of Rs 500 crore.