Toyota to launch new Camry next week to boost sales 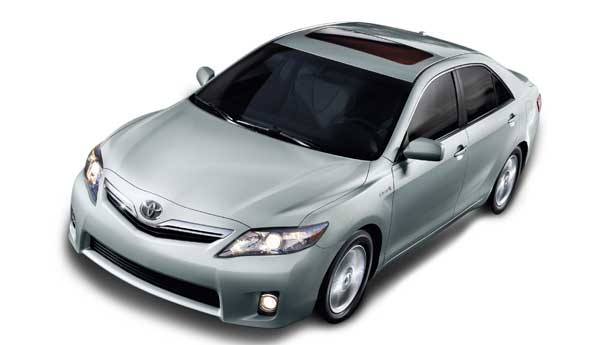 The world's largest carmaker, Toyota, will launch a new edition of its luxury sedan Camry in the Indian market next week to revitalise the sales of the model.

The company, which is present in India through a joint venture with the Kirloskar Group, plans to launch the new Camry with some changes in its looks after the sales of the model fell drastically by over 75 per cent during the April-June period.

A senior company official told PTI that the new Camry would have some additional features, including new front grille, headlamps, fog lights and rear view mirrors with indicators, to attract luxury car buyers. Camry is sold in India as a completely-built-unit (CBU).

According to the Society of Indian Automobile Manufacturers, Toyota Kirloskar Motor (TKM) lost significant share of the premium car market to its rival SkodaAuto during the first quarter of the current fiscal.

While TKM sold 44 units of Camry in Q1 against 182 units in the year-ago period, SkodaAuto handed over keys of its recently upgraded luxury sedan Superb to 541 customers in the same period.

SkodaAuto registered an over eight-fold jump in the sales of Superb over 67 units sold in the April-June period in 2008.

Apart from TKM, carmakers in the premium segment — BMW India, Honda Siel Cars, Hyundai Motor and Mercedes-Benz — lost their market shares to SkodaAuto's Superb, the advanced version of which was launched in March this year.

The other models present in the segment are BMW 5 and 6 series, Honda Accord, Hyundai Sonata and Mercedes-Benz E-Class cars.

Besides Camry, TKM will also bring in its sports utility vehicle Fortuner by September, expected to be priced at about Rs 20 lakh. The company would launch the SUV with a 3-litre advanced common-rail diesel engine.