Toyota to decide on Daihatsu Acquisition

Toyota is planning to buy the remaining stake in Daihatsu Motor Company Limited, a mini-vehicle maker. The Japanese carmaker currently owns 51.2% stake in the company and is mulling over to fully own it as a part of its expansion strategy.

Toyota has said that it was considering buying out rest of Daihatsu and the decision is likely to be taken on Friday. The acquisition will help the carmaker to enhance its brand value and strengthen the company. It will cost approximately $3 billion to the automaker.

The Japanese company recently topped the sales chart for 2015, by selling 10.151 million vehicles. This has happened for the fourth year in a row and the company looks determined to repeat it for the fifth time. “Toyota’s hegemony will probably not be challenged for the next few years after the big setback for VW,” said Zhou Jincheng, a renowned analyst. “The gap will only get wider and wider because VW will take time to adjust its strategies for markets such as the US and Europe.”

The Japanese group faced stiff competition from companies like Volkswagen AG and General Motors, which sold 9.93 and 9.8 million vehicles respectively. The German group was even ahead of Toyota, but the emission scandal in which it got entangled, eliminated all its chances of winning the race. 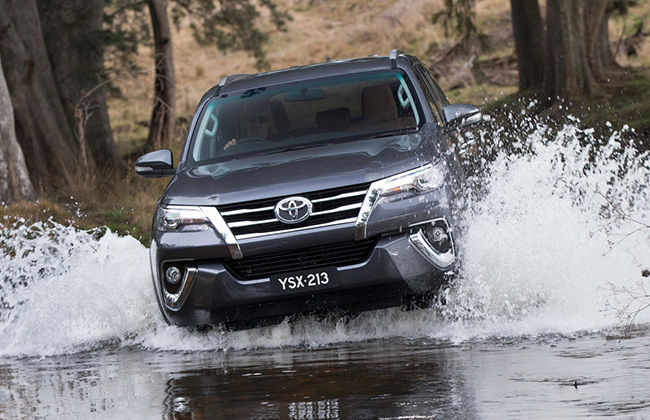 Toyota is pegged to nail the 2016 Auto Expo with its lineup. It will be displaying facelift versions of Innova, Fortuner and Corolla Altis Hybrid at the automobile event.

Also Read: Toyota Innova Crysta Might be the Indian Moniker for the Next-gen MPV