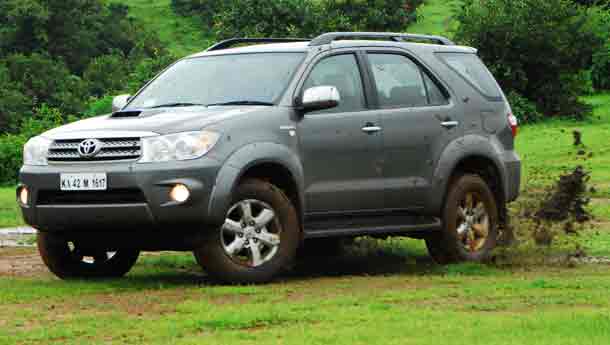 Within 10 days of launch of SUV Fortuner, Toyota Kirloskar Motor Pvt Ltd received 5000 bookings for its SUV from across India. The company which is present in India through a joint venture with the Kirloskar Group, expects to sell over 2500 units by December 2009.

Speaking to Business Standard, Toyota Kirloskar Motor Pvt Ltd, Deputy General Manager, sales strategy department(sales division), said, " We got overwhelming response from the customers across India, as we got 5000 bookings for Fortuner. Due to production constraints we would be able to sell 2500 vehicles by December 2009."

The company is also planning to launch its compact car by the end of 2010 or beginning 2011. Initially the installed capacity of the unit would be 70,000 units per annum and will be manufactured at Toyota India’s upcoming second manufacturing facility in India.

He told Business Standard on the sidelines of the launch of Toyota’s third sports utility vehicle(SUV) brand in the domestic market, called the Fortuner in Chandigarh. Globally Fortuner has already sold over Rs. 2,50,000 units in more than 60 countries since its launch in 2005.