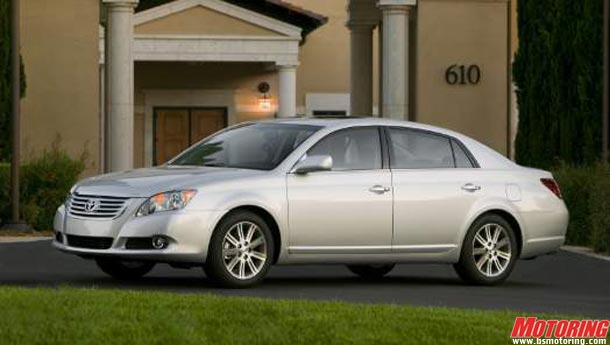 Toyota, which has conducted a string of recalls this year, will recall 373,000 of its 2000-2004 model year Avalon sedans because the steering lock bar in these vehicles could break under certain conditions, it said in a statement.

It will also recall 39,000 of its 2003-2007 model year LX470 sports utility vehicles to eliminate the risk of steering shaft disengagement, the world's biggest automaker said.

Toyota has received reports of three accidents involving the Avalon models subject to the recall though there have been no injuries reported, a Toyota spokesman said.

It is not clear if the three accidents are related to the possible defect Toyota is now trying to fix, he said.

There have been no reports of accidents involving the LX470 models subject to the recall, Toyota said.

Before the recall announcement, Toyota shares closed down 0.3 per cent at 3,070 yen, in line with a fall in the Nikkei stock average.