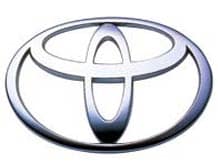 Toyota Motor Corp, the world's largest carmaker, called back more than six million vehicles to fix a range of safety defects in one of the biggest recalls in automotive history.

The company found five types of safety hazards in vehicles including some of its top sellers such as the Camry sedan, RAV4 sport utility vehicle and Corolla cars, according to a statement today. The carmaker isn't aware of any injuries or fatalities linked to the defects, it said.

The recall, Toyota's second-biggest since late 2012, is a setback for President Akio Toyoda, who has spent years trying to restore the company's reputation for quality after the 2009-2010 recall crisis it faced over unintended acceleration. Scrutiny of safety practices in the auto industry is rising as US regulators investigate General Motors Co for its handling of deadly ignition-switch flaws that the company knew of as far back as 2001.

"Something is wrong," Koji Endo, an analyst at Advanced Research Japan in Tokyo, said by telephone. "They may even need to review their production process. Even if the problem is with the suppliers, Toyota should be responsible for it."

Though details weren't available for precise calculations, Endo estimated that the recall could cost Toyota about 60 billion yen ($588 million) to 70 billion yen, or 10,000 yen per vehicle.

7 years
Even amid mounting scrutiny of their safety processes, it's not uncommon for carmakers to take years to recall vehicles. Toyota first identified one of the five problems in Wednesday's recall back in 2007, it said in an e-mail. The one that came to light most recently emerged last year, it said.

Toyota fell 3.1 per cent to close at 5,450 yen in Tokyo after the announcement, dragging down the benchmark Topix index, which declined 2.1 per cent.

The recalls involve 6.39 million vehicles, some of which are being called back for more than one issue, pushing the total tally to 6.76 million, the company said. The Toyota City, Japan-based carmaker recalled 7.43 million vehicles in October 2012 to fix power-window switches on models including its Camry and Corolla cars.

Toyota last month admitted to wrongdoing and agreed to reviews by an independent monitor who is assessing its safety reporting practices as part of a $1.2-billion settlement, the largest criminal penalty ever imposed in the US on an automaker. Toyoda, 57, has pledged to improve the company's recall process after calling back more than 10 million vehicles for problems that led to sudden acceleration.

GM grilling
Lawmakers last week drew parallels to Toyota's unintended-acceleration recalls as they pressed CEO Mary Barra on GM's handling of flawed ignition switches that the company has linked to at least 13 deaths. The largest US automaker is being fined $7,000 a day for failing to fully answer questions about the flawed part in cars including the Chevrolet Cobalt.

In Wednesday's recall, about 3.5 million of the vehicles - more than half in North America - are being called back to replace spiral cables that may prevent driver's-side airbags from deploying. Models involved include RAV4, Corolla, Yaris, Highlander, Tacoma and Camry that were produced from April 2004 to December 2010.

Seat rails
Another 2.3 million vehicles are being called back to inspect and replace the front seat rails of three-door models. Springs that lock these rails may break if the seats are frequently adjusted back and forth, the company said.

The models involved with this issue, which could lead to seats that move in the event of a crash, were built from January 2005 through August 2010. The vehicles are the Ist, Vitz, Belta and Ractis in Japan, and Scion xD, Urban Cruiser and Yaris in other markets.

"This is Toyota being more active in calling back vehicles to ensure quality," said Takaki Nakanishi, a Tokyo-based analyst for Jefferies Group LLC, who has a hold rating on the company's shares. "The number is big, but the faults are minor and not critical."

Big recalls
Among other big recalls in automotive history, Ford Motor Co called back more than 14 million vehicles in 2009 for a faulty cruise-control switch that could cause a fire, according to the US Transportation Department's website.

In 1996, the Dearborn, Michigan-based automaker recalled 7.9 million vehicles for defective ignition switches that could short circuit and cause fire. GM called back 6.7 million vehicles in 1971 to fix mounts that may cause the engine to lift and loss of vehicle control.

Toyoda, the grandson of the company's founder, has instituted a three-year freeze on new car plants to tilt the company's priorities to quality and efficiency after the 2009-2010 recalls.

Following its crisis, Toyota said it improved procedures that had been too dependent on decision-making in Japan and didn't give regional operations the autonomy to make fixes. The carmaker also formed a global quality group that Toyoda has chaired.

This is the second major global recall for Toyota this year. A recall of 1.9 million Prius hybrids in February covered more than half of the models sold since its debut 17 years ago. The company has updated software in Priuses to fix glitches that could cause them to lose power or shut down and stop.

Toyota apology
"We sincerely apologise to our customers for the inconvenience and concern brought by this recall announcement," the company said today in an e-mailed statement. "Toyota has rededicated itself to strengthening its commitment to safety and quality. In part, that means refocusing on putting customers and people first, by listening better and taking appropriate action."

Recalls haven't slowed down Toyota's earnings. The company has forecast profit for the year ending March 31 will surge to a record 1.9 trillion yen. Toyota also has set a target of selling an unprecedented 10.32 million vehicles in 2014 after leading GM and Volkswagen AG in global auto deliveries for a second straight year in 2013.