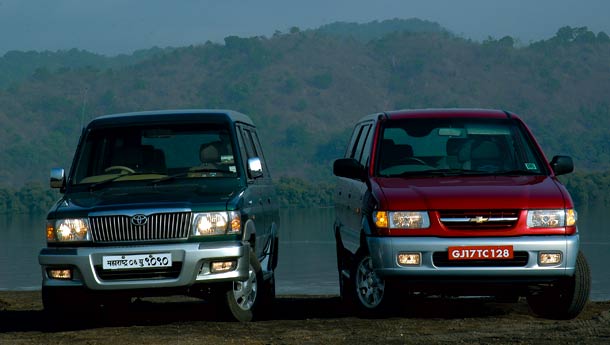 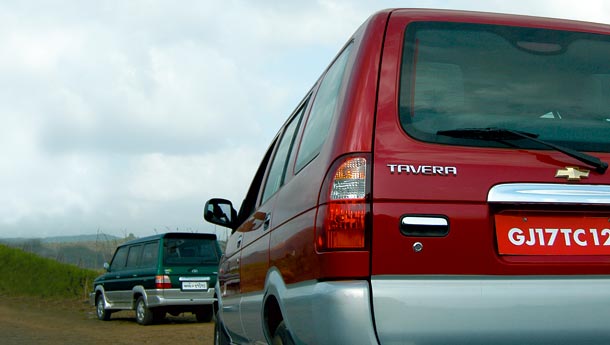 What is the common thread between John Lennon and Jean Alesi? No, it isn’t that their first names start with the alphabet J, but the fact that the erstwhile Beatle and F1’s fastest loser married Japanese women. Many a rich and famous person has followed their route. The reasons are simple – Japanese women are hardworking, extremely loyal, absolutely trustworthy, very reliable, don’t shop often and are highly efficient.

My apologies for a rather contrived start to the article, but then, those are exactly the attributes I would look for in a utility vehicle. Really, you don’t want exotic, low slung, voluptuous Italian looks and boring, slab-sided build quality, synonymous with the Germans, when you are shopping for a partner of a vehicle. Utes are meant to work and work hard with you, and in some cases, help you earn your daily bread. They are supposed to go that extra mile. Period.

Toyota has been the utility vehicle broker for the world – from time immemorial, they have made no-nonsense machines like the Toyota Qualis and the Hi-Ace van. These trundle down terrible roads, carrying many more people than what they were designed for. Sure, some of them, especially the Qualis, were penned in an era when good looking cars were a sin in Japan. And if the Qualis walks the ramp, it won’t win any laurels unless it entered a pageant, say, in North Korea. Yet, like Japanese women, the Qualis is gutsy and can endure a lot in its lifetime and age gracefully while at it.

Looks
Look at the Qualis. I detested its form when it was launched, got used to it over the years and, guess what, even contemplated buying one every time a plane or train load of guests landed up with their scary assortment of baggage. After almost three years on the road, I can actually live with one today. But thankfully, I don’t have to.

Because choice, that corrupting influence of modern times, is here. When the Qualis came, Toyota had to beat the Tata Sumo, the Tempo Trax and scores of Mahindra Jeep clones to win a utility vehicle market share in India. The Qualis walked in easily and has stood its ground even after the more attractive Scorpio arrived. But this time, Toyota boffins may have to attend a few tea ceremonies and decide how to deal with yet another Japanese entry, albeit wearing an American bow-tie over her kimono. The Chevrolet Tavera nee Isuzu Panther is here, and to begin with, is a better looking vehicle overall.

Let us not waste time here, the Tavera wins our vote. Though a UV by profession, the Tavera, with its stubby nose section, softened-out curves and good fit and finish manages to look more like a mini-van on steroids. A somewhat nice cross between a Hi-Ace and a Qualis. Not that it is a young design, but if Qualis can be termed contemporary, the Tavera is from the 23rd century. It does look better in flesh than in pixels, and I particularly like the seven spoke alloys that come with the SS version. The Toyota, on the other hand, has that ‘fat-stork-on-spindly-legs’ silhouette which we have been complaining about for years. They do have a better looking version around for the far-eastern market (I drove one called the Unser in Malaysia recently) which can compare well with the Tavera when it comes to exterior design. I hope, despite the expensive re-tooling, they bring it to India sooner than later. That said, Toyota has ensured the Qualis is produced like any other Toyota and that means good fit, finish and overall build quality. Coming back to the Tavera, the Chevrolet-ising of the Isuzu has been done cleverly, especially the chrome strip that runs across the grille. If you have decided to go for a versatile people mover instead of a sedan, the Tavera suits this image more than the Qualis.

Living space
The Tavera and Qualis look so identical inside that you start wondering whether the same, cheap design studio was outsourced by Isuzu and Toyota to do the work. As far as instrumentation, ergonomics and general look and feel of the console goes, it is a tie. The seats of the Qualis are better for longer drives but lack the finish and quality texture used by Chevrolet. Fake wood on both cars looks terrible – all-plastic for me, please. Both cars have gear levers that remind you of something very unpleasant, but work just about all right. Space-wise, the Tavera has an edge – especially when it comes to the last two rows – but not enough to give it more points. Economically-correct (hey, that means cheap) and symmetrical air-con vents and switchgear straight out of Starship Enterprise (read, dated) complete the fare in both cars. The Tavera wins when it comes to the steering wheel though – the top-end version comes cladded with leather and we particularly liked the two-spoke design which makes gauges easier to read. Still, a tie could be the only result here.   Tavera: **
Qualis: **

Powertrain
You don’t need a specialisation in ‘optimum use of after-burners’ to realise we are dealing with geriatric diesels here. Both these engines come from another era and your opinion of the Japanese car industry will go for a toss if you drive one of these after a stint in the direct-injection diesel powered Mahindra Scorpio. Despite their age, these four-cylinder, 2500cc diesel units seem to meet emission standards, are cheap to build, economical to run and very reliable. Even Toyota won’t know how many of these engines they would have built in the last twenty-odd years (how about more than five million for a figure?) and I am almost certain that some engine plant, somewhere in Asia is still churning them out all by itself, even on Sundays. The difference here though, is that the Isuzu engine is turbocharged and has a slight advantage over the Qualis when it comes to power and torque figures. Mind you, slight. Performance figures do not come into play when you are trying to ferry seven adults and their luggage to Shirdi or Tirupati, but we love the idea of thrashing the hell out of monstrous UVs and here are the results. The five speed gearboxes also seem identical, but the Qualis is slightly better geared for Indian requirements. There is not much to separate the two cars to 60 kph, with the Qualis clocking 9.4 seconds to the 9.2 seconds of the Tavera. The Qualis did have the measure of the new challenger to the 100 kph mark with a clear one second advantage (24.33 and 25.4 seconds). The turbocharger did help the Tavera max out at 140 kph while the Qualis runs out of steam at about 130 kph. Make no mistake, both cars are, again to be politically correct, only adequately powered. No, what the hell, they are rather underpowered and could do with proper 110 bhp motors in place of the 79 and 74 bhp units they have. They both returned 11 kpl in our combined driving cycle tests – nothing exceptional, but not bad either.

Negatives aside, there is something very reassuring and unstressed about the way the Qualis engine goes about its job. You get the feeling that it will go on and on for ever. Academically speaking, you get more torque and even top-end whack from the Tavera but I found the engine lacking in refinement – maybe it was too new or maybe it was the busy nature of the turbo. Also, our test car had a tendency to lose composure on panic braking which prevented us from doing a 0-100-0 kph run – GM engineers should take a second look before launching the car. As speeds increase and the exhaust gases start spinning the turbo faster, the Tavera certainly becomes more fun to drive, while FTD and Qualis are words that don’t go together well.

Ride and handling
Amazing though it may sound, these unwieldy-looking machines offer decent ride quality and handling. Decent is the operational word here, since nothing that runs on a double-wishbone setup in front and leaf-springs at the rear can be called a great handling car. Sure, they are not meant to go around Nurburgring in under 25 minutes, but still. I get this strange feeling that Qualises that come out of the Bangalore plant today have been fine-tuned for a full quota of passengers. The problem is, they offer a choppy ride with just a driver and passenger. The Tavera is more comfortable on the ride front, especially on broken tarmac, but follows the Qualis in the handling department with a ‘don’t-take-that-corner-above-80 kph’ attitude. What is heartening is that the handling of both cars is predictable – after a while behind the wheel of both, you certainly seem to learn their limits and drive accordingly. As a personal car, I prefer the ride quality of the Tavera but if I had to buy one of these machines to cart people around, the more sorted Qualis will get the bow. That should have evened the odds here, but the superior ride of the Tavera earns it a point more.

Verdict
No room for confusion here. The Chevrolet wins the race to become the best ‘personal UV’ between the two. Heck, with its polished looks you can even drive it to the club without raising eyebrows. The Qualis still reigns as the workhorse you would invest your money in – to earn for you. Let me put it more bluntly – if I were you, I would buy the Tavera, but hire the Qualis when I need to. It can’t be clearer than that, right?
But at the end of this test, we were almost certain that we should have compared the newest offering from GMI with the Mahindra Scorpio. We will certainly do that sooner than later. As my wife says, Indian wives can be all that their Japanese counterparts are and look better while at it. I can’t but agree. When was the last time a Japanese won a Miss Universe title? Or for that matter, a Mrs Universe title?