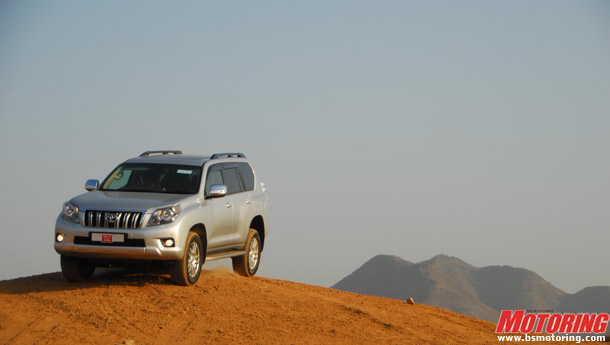 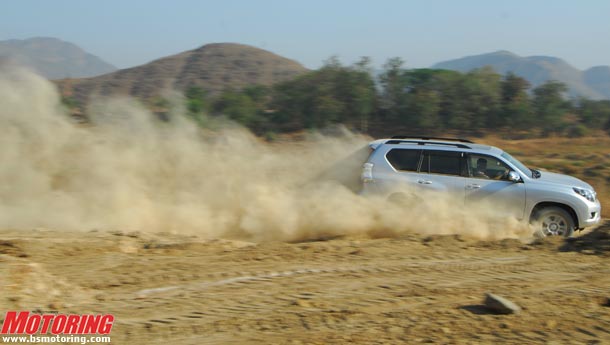 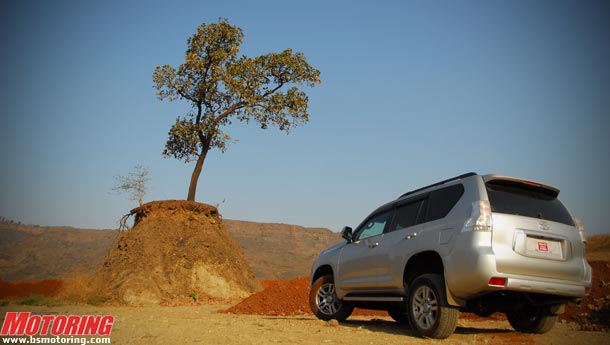 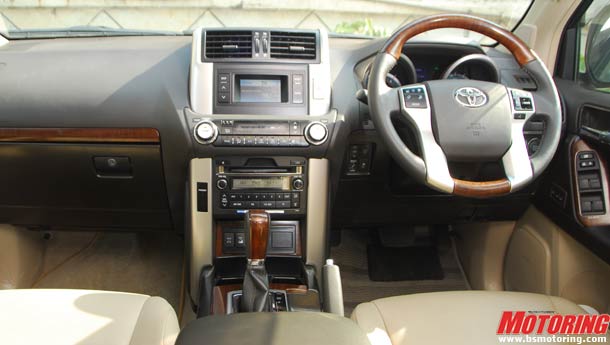 A friend in Boston once told me an interesting tidbit. While in college, his flatmates were students from the Afro-American community who were into cars. Naturally, discussions over beer revolved around anything on four wheels. Now they had their own set of wheels that were pimped out to the last drop of two-tone paint. But there was a slight problem. Because they spent so much money on tricking out their cars, they generally had nothing more than a few dollars to tank them up. So whenever they did, they would reach out for the A/C OFF button and prowl the streets.

Am not sure if that's something the owners of the erstwhile Prado in India did/do, but when you have a 4.0-litre V6 under the hood that delivers an efficiency that would cause even the Arabs to literally sell crude in the 'black' market, you know you are in for trouble. So once the new Prado was out and they spoke of a 3.0-litre diesel engine for India, everyone breathed a collective sigh of relief. Finally, the Prado was to get an engine that it always deserved for the sake of the environment and everyone's wallets. But then, the collective sigh of relief soon turned to collective wrinkles of worry when they realised that the engine is pretty much the same as the one on the Fortuner SUV with small tweaks for a bit more horsepower and torque in a body shell that weighed nearly half a tonne over the smaller Toyota. Suddenly, shoulders drooped and faces turned pale, but not before Toyota threw yet another curve ball – a price tag that threatened to make the Mitsubishi Montero and Audi Q5 seem like discounted wine at a 7-Eleven store. At this point most would say that Toyota's new bottle-new wine strategy seems to be faltering. Or is it?   Well, which is why there's a business called road testing. To test the truth behind the assumptions, analyse the fine print and verify manufacturer claims. And the Prado certainly had a tall order in front of itself. You could love the looks or hate it, but ignore it you can't. The bulbous front-end, protruding headlamps and the splashes of chrome are designed to attract attention, and if that's not all, the flared arches, short overhangs and botoxed panels are guaranteed to get you entry into the kitsch club.

On the inside, there are a whole host of buttons to deal with. To start off, the interiors are a mix of colours and materials and while the overall design and textures are quality stuff, you never miss out on the functional aspect. The buttons are large and legible, the controls are easy to use and the overall feel is tactile. There are enough and more gizmos to play around with, and some are slightly inconveniently located - the suspension settings for instance, which include among other things, settings for ride height. More on that a bit later. The dials are easy on the eye, while the memory settings for the seats are a plus.

The seats are wide and very supportive up front and the same applies to the second row as well, where the legroom is pretty good to say the least. The last row is strictly for kids, though you can tumble them forward at the touch of a button to reveal enough space to shove in a baby elephant or two.

With such gargantuan proportions on the outside, it does take some getting used to once you are behind the wheel. Toyota claims that the bonnet edges have been tapered off to aid drivers while manoeuvring, and I guess they meant while trying to tackle a dune while descending, because when you try to go the other way round the clouds seem to fill up the windscreen. However, the engine won't let you kiss them, at least not yet. The 3.0-litre D-4D is the same in construction as the Fortuner, except that it has about ten more horses and nearly 7 kgm of additional torque. Minor tweaks to the injection system as well as the ECU have resulted in this gain. But has it got the grunt?   You would be surprised to know that despite the lower power-to-weight ratio than the Fortuner, the Prado performs admirably for a vehicle its size. The standing start to 100 kph is dismissed in 12.36 seconds, but when you compare it to the lighter Fortuner, it is actually marginally quicker. In-gear acceleration also results in the Prado having a slight edge, with top speed being nearly identical - a shade short of 180 kph. So what's the story? Think of it as the great white hope – the 5-speed automatic. Somehow, it seems to use all that power and torque better than the manual transmission (psst, Toyota get that Fortuner automatic - now!) and with suitably spaced out ratios it gets to speed fairly quickly, though it does sound like the world's fastest CVT blender in the process. We also realised during our acceleration runs that while sport mode does make it a tad quicker for overtaking moments, it has only four available ratios, so we had to resort to performance tests in D mode. Despite its considerable heft, the Prado returned a fantastic 10.2 kpl overall, going to prove that the missing chink in the armour has finally been welded in place.

But the biggest change is in the way the SUV drives and feels on the road and off it. Toyota says the focus has been 50:50 - to make the Prado drive on-road just as well as it does off-road. Now it doesn't have the most feelsome steering of any SUV on the road, nor does it really like to be hustled around, but it does quite a decent job. It does so by using a list of acronyms that you and me have to start getting used to. KDSS or kinetic dynamic suspension system uses cylinders on either side of the anti-roll bars at the front and rear and connected by hydraulic lines which reduces roll by applying equal force to the outer wheels. It does feel tighter than its predecessor and there is lesser roll, but it isn't as good as say the BMW X3 or even the Land Rover Freelander 2. Then there is Adaptive Variable Suspension or AVS that alters the dampers from normal to comfort or sport settings. Even in normal mode, the Prado feels nice and plush, with marginal improvement in comfort and moderately stiffer setup in sport. At the heart of the suspension is double wishbones at the front and four-link rigids at the rear, retuned over the predecessor for better steering feel and comfort.   At high speeds, the Prado tends to hold its line pretty well, but under high speed cornering the presence of a small amount of body roll and understeer is evident, while the steering doesn't provide much in terms of road feel even though it does come across as being nicely weighted. The Ride Height Control system allows for either manual or automatic (speed sensitive) control of the vehicle's ride height. Then there's the bit called the four-wheel drive system itself which combined with the traction control system, down hill assist and hill-start control make the Prado seriously credible off-road. The switchable system with separate four-low and four-high modes has been designed to tackle anything that mother nature throws at it. Good approach and departure angles let you get around practically all sorts of impediments as we found out, though there were an instance or two where the belly did nudge the surface. Overall, the combination of power, chassis dynamics and intelligent kit make the Prado very capable off-road.

All of which now comes at a price. At Rs 53.6 lakh, the Toyota now dangerously treads into the territory of the Mercedes-Benz ML and Audi Q7 at one end and is nearly Rs 10 lakh more than the Mitsubishi Montero. It does have an impressive kit list to say the least, but isn't as powerful nor as sweet a handler as the Germans. It's great off-road and is efficient too - frankly it makes more sense now than its predecessor. At least now, most owners can drive around with their climate control systems firmly in the ON position.