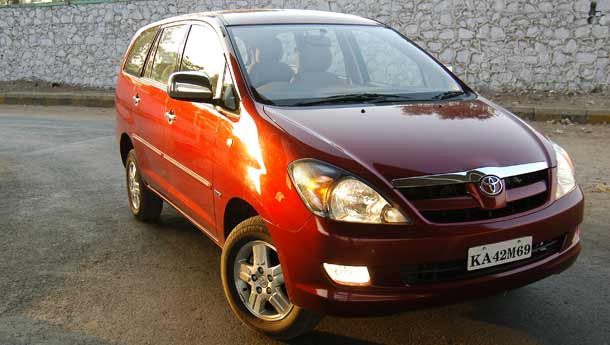 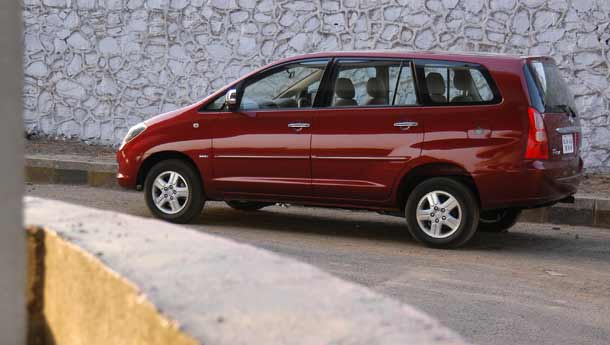 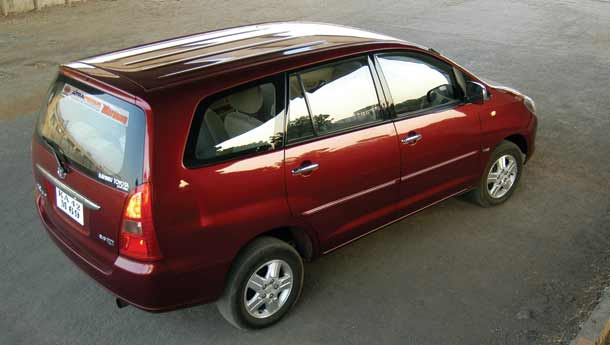 A few years ago, on one of my visits to Toyota, Japan, I made a good friend. Amongst other things, I asked him the obvious question: ‘What do you drive?’ I was expecting him to say the C-word – Corolla, Camry, Crown and so forth – but the answer was a wave of the hand and ‘I drive a big car’. Come on, any big car needs to have a name, right? He realised that I was the persistent type and pulled out a post-card sized photo from his diary. It was a picture of a family standing next to a...er...bus.  Sato-san (let us call him that) actually drove a bus and he loved it as much as his family. Mind you, not a motorhome, but a proper, second-hand bus. Later he would explain to me how much he liked touring in the bus and, more than anything else, like every Tokyo-ite who stayed in a small apartment, he appreciated the additional space that came with it. Then,  as if to prove a point, he drove the bus, with his three children as passengers, to see me off at the airport. Needless to say, I was impressed.


Well, last week I impressed myself a great deal thanks to the ‘big car’ I chose to commute in. When the petrol version of the Innova joined our road test fleet, we had a thousand story ideas in mind – well, three at any rate:
1. To compare it against a proper car that cost the same money, like the Corolla.
2. To drive it to an exotic location, with the entire team in tow, and have a blast
3. To commute in it as if it was just another car.
We couldn’t organise a Corolla test car and the team had to stay put and work on this issue, so we had to settle for the third option. And not a bad option too, since the Innova petrol is not going to be bought by tour operators in large numbers and the prospective buyer will end up, in all probability, driving it to work.

Monday
My car wash guy is not impressed. He has more metal and glass to clean than normal and this month he is certain to ask for Rs 50 more. Neighbours have a smile on their face too, and one of them gave me a look which said ‘Sucker, gets all sorts of nice cars including Mercs and now he is stuck with a van’. I feel better paying just Rs 20, the same as any other car, at the toll booth though. On the highway section of the commute, the Innova is as fast as any other car – it cruises at 80-120 kph without any effort. The last ten km to my office involves typical metro crawling and the Innova is an oversized piece of metal in the traffic puzzle. I look at Maruti 800s and two wheelers streaming by and think about parking it at a friend’s place and taking a taxi the rest of the way. At the office, the parking attendant hates me – I convince him that it takes only as much space as the Accord that I was driving the previous week. He is not convinced.   Tuesday
Took a day off and decided to paint the house. Okay, just the drawing room. Wife, who likes her cars big, is easily impressed by the Innova. She hauls it around like any other car and takes the long route to the hardware store. Then she disappears for most of the day as I get serious about scraping the existing paint down. It can do 140 kph, she declares, throwing the key at me. House looks like new.

Wednesday
Got to go to a press conference at 11 am at the wrong end of town and I am running late. The Innova is up to the task, though. The air-con works hard to keep the living room of an interior cool. Weaving through traffic is bad driving, I know, but I am late and the Innova does not feel like a bus. I notice that the clutch is easier on the leg than the diesel version. I come to a screeching halt at the five star lobby only to be asked to park outside by the valet. I explain that it is a personal car and that it is his job to park it. He is miffed. Throughout the launch of a new brand of car, I am worrying about whether the underground stilt parking will be tolerant to my Innova. A mighty thrilled valet passes the key back to me – nice car. Petrol? Of course, you dud.

Thursday
The Innova is easy on fuel, which is a good thing. It has been returning 10 kpl on my combined driving cycle – a figure some 1.6 litre cars struggle to emulate. So, the Innova, with enough seats for a mini theatre, is not expensive to run. Brilliant indeed. At the petrol station, the attendant is happy. I am not. I hate filling large tanks with petrol. Back from the office, my neighbour pops in with a request – he wants to bring home a three-piece sofa set which he bought for ‘just Rs 12,000’. He bargained so hard that the shopkeeper refused to deliver the goods. Since I don’t trust his driving skills, I decided to play delivery man. The captain’s seats are fantastic for passengers but the ‘sofa’ hates it. We drive with the hatch door open and half a sofa protruding out. The job was done in two runs. Neighbour impressed. Bugger.   Friday
The children are still at home? It’s eight’o’clock, isn’t it? The school assembly starts in thirty minutes, right? Yes, yes, yes...the school bus was early and we were not late, says the nine year old boy and the three and a half year old girl shakes her head in agreement. The Innova is great for school runs, I realise, and the kids are fiddling with the air-con vents. They urge me to take the long route via the chocolate shop and I disagree. Ah, the pleasure of being a parent! On the way we pick up one of their friends and fellow parents. ‘Nice vehicle’, notes one. I notice that he didn’t say car or van. Reached home early that evening and punished the children by leaving them with the baby-sitter as I took my wife out for a movie. Boring movie notwithstanding, it was a nice drive back home with the music system responding to clear FM signals. Wife urges me to take the long route via the ice-cream shop. I agree. Ah, the joys of being a husband!

Saturday
Denim shirt, denim trousers and matching shoes – weekend. The Innova is in a cheerful mood too, or so I feel. Traffic is sparse and I am zipping along as if I have been driving the Innova for a long, long time. Almost a week behind the wheel and I have no cribs. Handling is neutral at
most speeds and ride quality is better than most cars. Speed breakers and potholes are smothered by the Innova underpinnings. I cut the day at the office short and head back home. Before we know it, we hit the road again – the kids are singing two different songs, wife humming along to the FM and I am driving like a...er...responsible father and husband.

Sunday
A day spent at the beach has surprisingly not refreshed me. Kids are fast asleep and did I think I heard the pale whisper of a snore from my wife? I have to drive another 250 km back home. The Innova is playing partner perfect and I am averaging 60 kph easily. Tomorrow, the Innova will go back to Toyota. And I have not even done a mandatory ‘airport run’.  I am feeling bad. Looks like I will miss the Innova. Maybe I can emulate Sato-san and treat myself to a bus – oh, I mean big car.