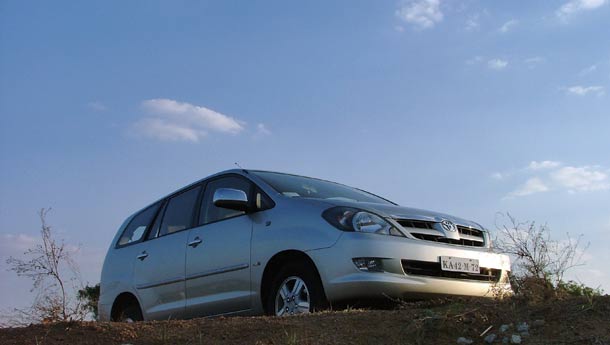 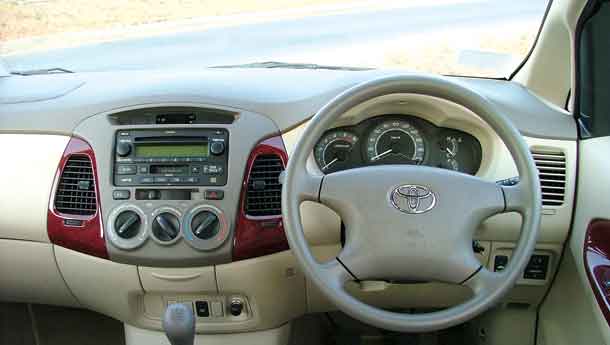 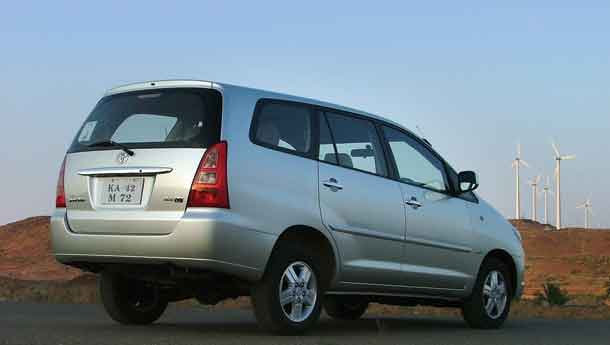 I really don’t know whether it is a disorder that needs attention, but I do suffer from what can be aptly named the ‘I-could-do-it-better’ syndrome. So when I see a Picasso, I think I could have done similar work had I been a painter. Actually much better, since my three-year old daughter can beat Picasso any day. Ditto with movies – I think I have a latent script writer/movie director/actor in me and I could have made most of these new movies at half the budget, and better too. Being a motoring journalist, I confess that sometimes I feel I can out-think some car companies. At times I even bring out the sleeping Lee Iacocca in me when I meet car company executives. Much to their amusement, I am sure. But then I can’t help it, because half of all car executives seem to be dispassionate number crunchers.


But let me tell you, this time I am right. After seeing and driving the new Toyota Innova, I called up General Motors India and asked them to bring out a basic version (white paint, black bumpers, cotton for upholstery) of the Chevrolet Tavera as soon as they can. I ignored the giggles at the other end and told GMI to price it at around Rs 6 lakh to get the juices of fleet/taxi operators flowing. I even asked them to ramp up production. You know why? The Toyota Qualis, the king of the tourist taxi trade in India, is dead and the new Innova is far too good an automobile to get into the taxi business.

The Innova, dear readers, is good enough for you to drive to work, take your family (and your neighbours) out for a wedding and even cross the subcontinent faster and more comfortably than most forms of mass transport. Seriously, this Toyota is arguably one of the best cars that I have driven in recent times. And I have been driving Porsches lately.

Maybe I went a bit ballistic there. True, it is no Porsche, but it is what you get when a Toyota Camry gets into bed with a Qualis. Thankfully, there is more of the Camry than the Qualis to look at, but most of the Qualis virtues are still intact. So is it a car? Or is it a van? Will it attract the prospective Skoda Octavia buyer? The answer is a resounding yes to every one of those questions.   Toyota created the IMV platform – International Innovative Multipurpose Vehicle – when they realised that people movers wearing the Toyota badge in many countries were looking rather dated. They had tired engines and had very basic crashworthiness, but people still bought them in large numbers because they were reliable and economical to a fault. The new platform would pave the way for a new breed of multi-purpose vehicles, pick-up trucks and even an SUV. And it would be developed and built by various plants of Toyota, resulting in economical cross-sourcing (nice words, right?) and competitive price tags. There is no rocket science involved either – the IMV platform involves body-on-chassis vehicles. But if the Innova is any benchmark to go by, these vehicles are built to a new standard of refinement, performance and safety.

To look at, the Innova is new age. It is form following function all the way, just that the form decided to look decent while at it. Front on, the Innova resembles an SUV – tall and handsome. In profile, it is a long procession of windows over a very high waistline. There are subtle scalpel strokes to make things a bit interesting if you are into the fascinating occupation of staring at MPVs. Tail on, the Innova looks minimal, except for the loud celebrations in the form of taillamps. The wheels are larger than those in the Qualis, but still look absolutely inadequate for the mass they have to carry. What is amazing though are the shut-lines between panels, which can make German cars proud, and exceptional fit and finish that can make German car builders weep. And we haven’t even started the Innova.

Once inside, the car shrinks around you. There is enough space in this car for Toyota to have called it a Space Wagon. But then Mitsubishi builds one in that name in Europe. The chosen colours and materials are straight out of the D-segment cars we know – so you get a well laid out instrument panel, brilliant plastics and, for some strange reason, fake red-wood veneer.I got to drive only two models – the top-end petrol and diesel versions. But just to let you know, there are a total of ten models – five diesels and five petrols. The basic E model 8-seater has no power steering, power windows and other luxo-bits – just in case a few fleet operators do want to press the Innova into service. The in-between G1, G2 and G3 models are well equipped and a couple of them even get a rear seat slide mechanism to improve legroom. The top end V variant gets ABS (anti-lock braking system) and airbags for the driver and passenger. Yes, you read it right, it is the first people mover in India to sport such cardinal safety equipment and that too at an age when some ‘sophisticated’ sedans don’t even offer it as an option. Way to go, Toyota, we sincerely hope you give ABS across the board sooner than later.

On the move, the 2.2-tonne vehicle shrinks and becomes almost as agile as a luxury car. Mind you, I didn’t say Porsche. That means it can be hauled into corners the way you would expect any rear-wheel driven car can be – it may look a bit unwieldy carving corners at 100 kph, but the fact remains that you can. My first experience of the Innova was made up of a few laps around the test track at the Toyota facility near Bangalore and even then, it was enough to change my database of people movers.   The mainstay of the Innova is going to be the diesel-powered version. The new diesel engine (coded 2KD-FTV) is a four-cylinder unit that displaces 2500cc and it drinks diesel through a common-rail system. This is good enough for 102 bhp at 3600 rpm and 20.4 kgm of torque between 1400-3400 revolutions. Not earth-shattering numbers here but a quantum leap when we consider the 74 bhp/15.4 kgm motor of the Qualis. Obviously, it is a quicker and faster car, and Toyota expects this engine to be 25 per cent more fuel efficient than that of the Qualis. We will wait for a proper road test to find that out, but it sounds brilliant. It is a quiet engine and it works very well with the five-speed manual transmission. I drove the car with a load of four passengers and found it very tractable.

The petrol engine employs Toyota’s variable valve timing (VVT-i) technology and is as refined as four-cylinder petrol engines get. This 2000cc engine is good enough for 136 bhp and is almost as torquey as the diesel, with 18.6 kgm. While the Qualis petrol was a dud that failed to notch up any significant numbers, expect the petrol variant of the Innova to attract a great deal of sedan buyers – especially the top-end variant which has all the safety bits thrown into it.

We didn’t have a chance to drive the Innova on the road, but what I can tell you is that the ride quality on good surfaces is very car-like. Gone is the leaf-spring rear suspension borrowed from bullock-carts, and in comes a splendid four-link setup that compliments the double-wishbones up front to offer a more or less neutral handler. Safety has been a priority in the development of the Innova and it is even more evident when you notice that it comes with tubeless radials across the model line-up.

Naysayers who worry how they can get punctures repaired can take a walk – tubeless radials contribute to safe handling of a car, and if the Innova is the future, soon the smallest towns in India will have puncture repair facilities for these tyres. Hello, we have to move on someday, right?

It is a tough task to tell you everything about an all-new car in a few pages and I am running out of space. The Innova is priced between Rs 6.7 lakh ( base petrol) and Rs 10 lakh (top-end diesel) – a price-band elastic enough to appeal to a host of car buyers. They have reason to relish – this is, in all probability, the first ever product meant for developing economies that does not look or feel like one. Period.

As for my advice to GMI, perhaps I am wrong. Till recently, I thought Leonardo de Caprio was a medieval painter. Oops!