Toyota Innova Crysta: All about it

After a successful stint of over a decade, Toyota Innova is now all set to get the a much-awaited revamp on 2nd May. Carrying the ‘Crysta’ suffix with its name, it will be the first major update for the successful MPV since its inception. 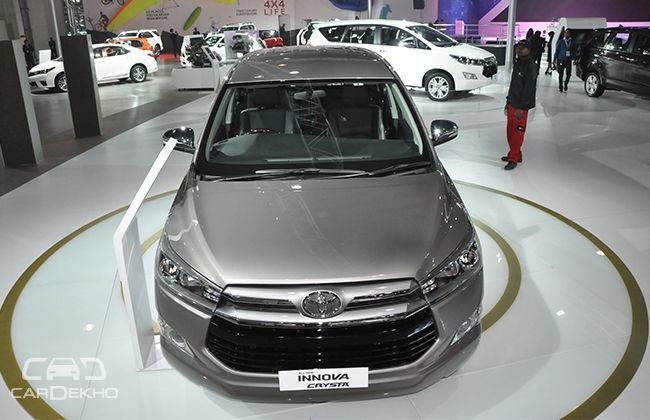 The Toyota Innova Crysta made its public debut in India at the 2016 Delhi Auto Expo in February. Wearing an all-new design, the Crysta looks a lot more sporty and edgy than the outgoing Innova. It gets a new front fascia, featuring a large dual-slat chrome grille, projectors, and LED daytime running lights. The side profile too is reworked heavily and is a lot more aggressive now with a sharp cut on the last row windows and larger alloy wheels. The rear has also got a touch-up with new tail lamps and a new tailgate design. 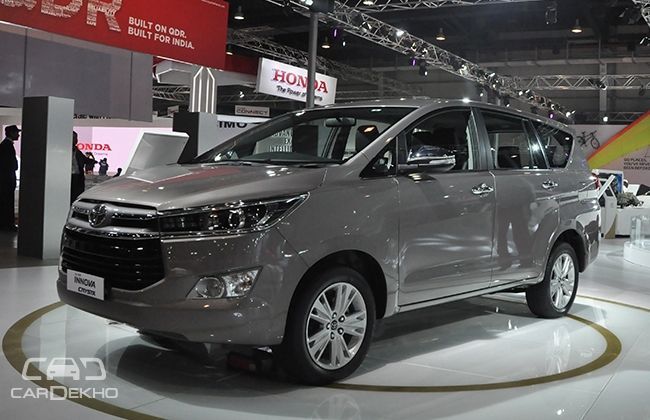 The Innova Crysta is longer, wider and taller than the outgoing model, measuring 4735mm in length, 1830mm in width and 1795mm in height. At 2750mm, the wheelbase of the both models remains identical.

The biggest change in the Innova Crysta (apart from the new interiors) comes in the form of new powerplants. The outgoing model is available with a single diesel engine, while the Crysta will get two diesel engine options – 2.4-litre and 2.8-litre four-cylinder turbocharged diesel units. The 2.4-litre engine will churn out 149PS of max power and 343Nm of peak torque. The mill will come coupled to a manual gearbox and will be offered in five variants. The bigger 2.8-litre engine will make 174PS of peak power and will put out 360Nm of peak torque. It will come mated only to an automatic gearbox and will be available in two variants.

As in the case of the outgoing model, customers can choose between the seven- and eight-seater options for the Crysta. It will be priced a little above the current Innova and will get some up market features such as automatic climate control, a touchscreen infotainment with the navigation system, etc.