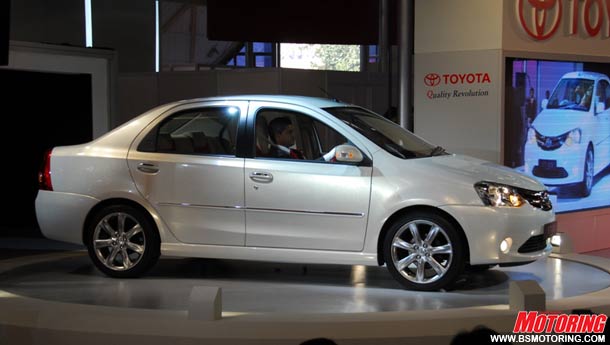 These compact cars (A2 Plus segment) designed around the Indian driver were unveiled at the recently concluded Auto Expo 2010. Earlier, global car companies used to launch their models overseas and later adapted these for Indian roads. Honda Siel unveiled its concept car, codenamed ‘New Small’, while Toyota Kirloskar showcased its concept small car, ‘Etios’. Both took more than two years to study the Indian driver and the country’s roads before developing these cars.

“We sent some of our women colleagues to Japan. The objective was to help Honda’s research and development engineers observe how women in saris got in and got out of the car. Studies were also conducted on how Indian car owners utilised the space inside the car with their belongings. Indians tend to travel in groups and carry a lot of luggage in their cars. All these were as inputs while building the compact car, which will be launched in the domestic market in 2011,” said Jnaneshwar Sen, vice-president (market) of Honda Siel.

The small car, priced lower than the Jazz, will be manufactured at the company’s Greater Noida facility first and then at Tapakura (Rajasthan).

Likewise, Toyota’s India-specific ‘Etios’, unveiled at the Expo, was built by Japanese engineers with inputs from the domestic market. “Toyota’s engineers from Japan visited India at least 30 times during the making of Etios. Our engineers met individuals and families and observed how they drove in different conditions and how they parked their cars. Indian drivers tend to brake abruptly in city driving conditions and accelerate frequently. These findings were incorporated in the new Etios engines, which are tuned to domestic driving conditions,” said Sandeep Singh, deputy managing director (marketing) of Toyota Kirloskar.

Both companies said the objective of showcasing their new compact car models at the Expo was to highlight the growing importance of the domestic market for their companies.

Sen says the Honda compact car, resembling a small spaceship, is a five-seater that can comfortably accommodate a large Indian family. “Our findings suggest the Indian driver largely does not drive solo but is accompanied by a group of people, including elderly people. So, Toyota’s Etios has ample head clearance space, which older people will appreciate while getting in and out,” said Singh. Honda’s compact car will feature engines broadly in the 1-litre engine variety. Toyota’s Etios, the first small car for the company, will incorporate a brand new 1.2-litre engine that is said to be highly fuel-efficient. “Our studies show fuel efficiency is one of the key deciding factors for choosing brands,” said Singh.