Etios, the most successful mid-size sedan from Toyota Kirlosakar Motor, has been caught testing on Indian roads wearing camouflaged front and rear bumper suggesting that a facelift is in store. 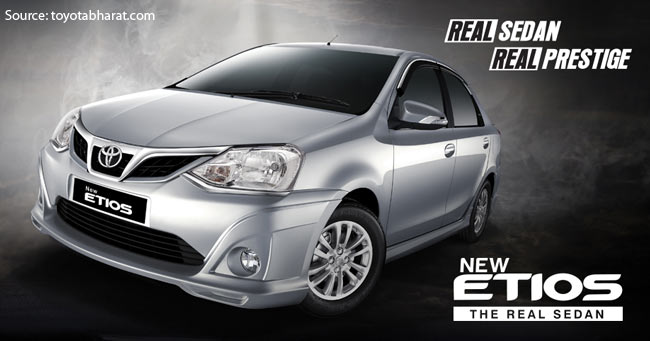 This entry level sedan is likely to be launched in India during the festive season of 2016. Launched in 2010, the Etios sedan has been continuing without major changes in the market and test mules suggest a facelift is being readied.

The spy pictures indicate the front end of the new Etios has been facelifted for a contemporary look. The grill has been redesigned, where the sleek lines flow to form a V-shaped grille in the centre with 4 slats and housing a Toyota logo. 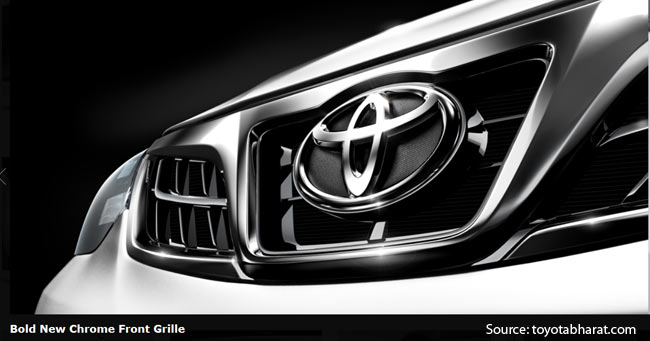 The bumper has also been redesigned, featuring re-designed intakes and fog lamp enclosures that look similar to the Toyota Vios.

Judging by the wrapped areas, it is expected to feature a chrome bar running between the tail lamps and a slightly facelifted lower bumper.

On the interior, the 2016 Etios is covered with new fabric material. Camouflaged centre section of steering hides new design. When launched, the 2016 Etios is also expected with a digital instrument cluster in line with the Brazil-spec Etios. 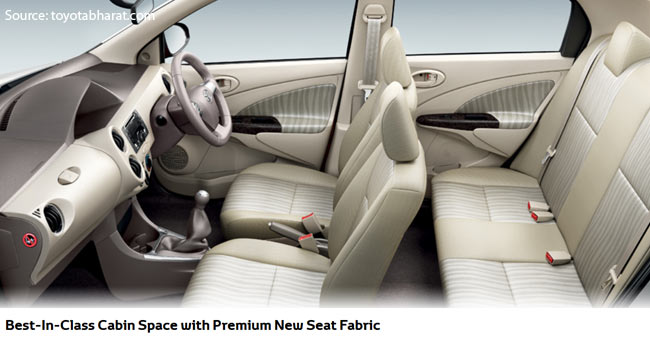 It’s unclear if any changes would be made to the engine lineup. The current Etios is available with a 1.5-litre petrol engine that develops 89bhp and 132Nm of torque.

The diesel models are powered by 1.4-litre diesel engine that develops 67bhp and peak torque of 170 Nm. Both engines come mated to a 5 speed manual transmission. 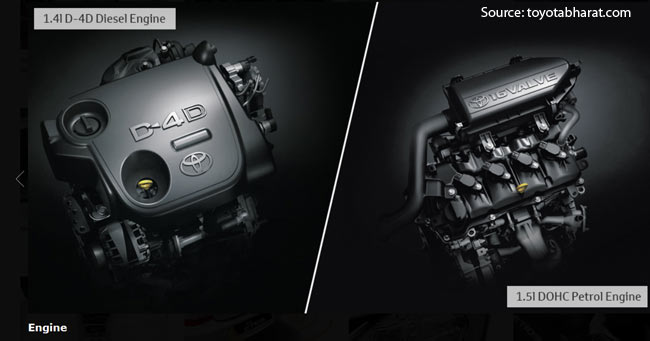 The new version of the Etios sedan is expected to be launched during the festive season in India. 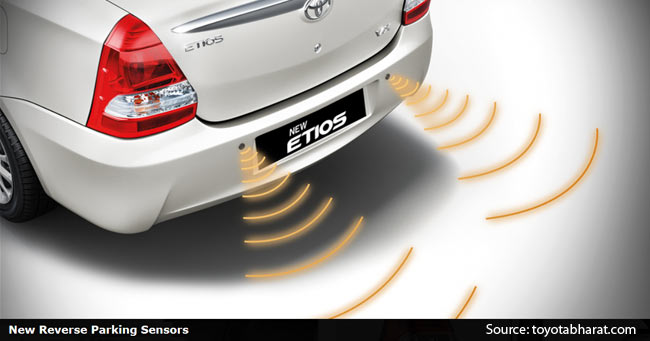