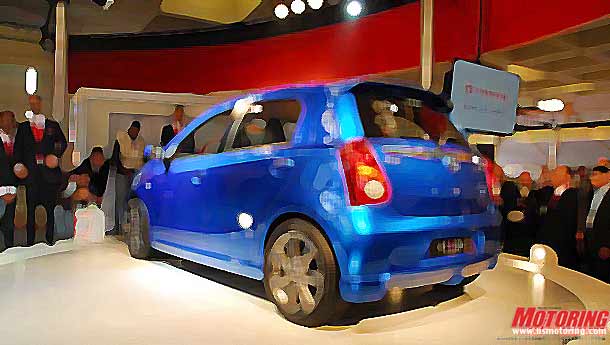 Toyota Motor Corp is developing a new low-cost car to attack fast-growing markets such as China and Southeast Asia, targeting a 2012 launch and a price under 1 million yen ($11,520), Japan's newspaper reported.

The compact car will be based on its Vios and Vitz/Yaris subcompact models, and Toyota is aiming to slash production costs by 30-40 per cent by procuring more parts locally, the paper said.

Toyota's minivehicle unit, Daihatsu Motor Co, is also developing a small car for Southeast Asia, and may sell them under the Toyota brand, the Chunichi said.

With those two models and a new set of entry-level cars that Toyota has announced for India, Brazil and China, Toyota will have a three-layered approach to grab more sales in emerging markets, the paper said.

Toyota declined to confirm any part of the report.

Toyota is the world's biggest automaker but has a relatively small presence in India, Brazil and other emerging markets, limiting its sales growth compared with well-represented brands such as Volkswagen and Hyundai Motor Co.

Toyota's new entry-level car for India, called Etios, is due to hit the market at the end of this year.